Why Sundowns coach Pitso Mosimane voted for a Pirates player 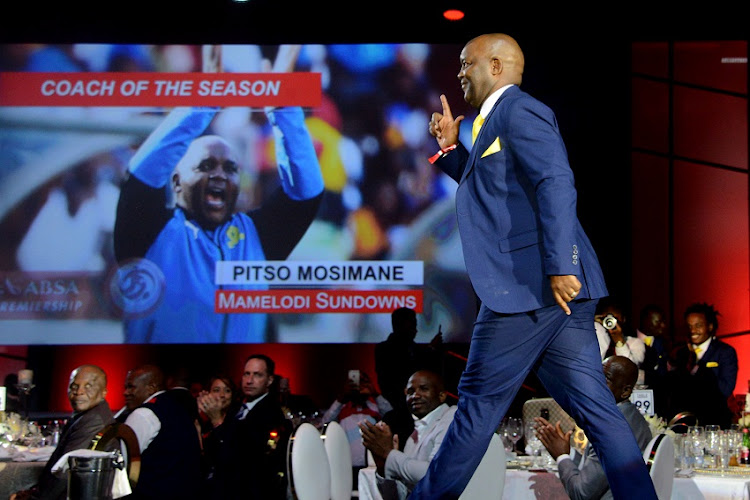 Mamelodi Sundowns coach Pitso Mosimane went with an Orlando Pirates player for the Premier Soccer League’s Footballer of the Season award because rules did not allow him to vote for his first choice‚ Downs’ midfield star Hlompho Kekana.

Mosimane did not want to disclose the identity of the Pirates player he voted for. He said he hoped that Kekana will emerge victorious at the ceremony at Durban’s International Conference Centre on Sunday because the midfield star has been consistent in the league all season.

Kekana featured in 29 out of 30 matches for Sundowns in the Absa Premiership this season‚ where he scored four goals and contributed one assist from defensive midfield.

“You know I will always dedicate everything I win to Hlompho‚” said Mosimane‚ adding that he could not understand how Kekana had not also not won the Midfielder of the Season award previously.

“You can’t be nominated for five years in a row and always be pipped by a midfielder who pops up just for one year and the next year you don’t see that player who won against him.

“At 33‚ he played a large volume of matches [a staggering 51 in 2018-19] for us in all competitions with the same tempo‚ attitude and he deserves some credit. At the same time‚ I don’t to take anything away all the other midfielders who can also win something.

“We will dedicate the league championship to Hlompho because he doesn’t win these individual awards. He didn’t win the goal of the year when he scored from behind the centre line‚ but I know these things do happen.

Mamelodi Sundowns coach Pitso Mosimane has pledged his future to the Brazilians amid increasing interest from clubs in North Africa and oil rich ...
Sport
2 years ago

“You remember [Baroka FC goalkeeper] Oscarine Masuluke went to London and he didn’t win [Fifa’s Puskas Award]. I don’t want to be controversial at this point in time‚ but somewhere‚ somehow the truth needs to be told.”

Pressed to reveal who he voted for‚ Mosimane did not want to disclose the name.

“I don’t want to say who I voted for but he is an Orlando Pirates player‚ he did very well‚ worked hard and scores goals unlike other players who dribble the whole day.

“But‚ my vote would have gone to Kekana if I was allowed to vote for my players and there is also Gaston Sirino who contributed many assists and goals for us.”

The coaches of the 16 PSL teams vote for the PSL’s Football of the Year award.