Pitso Mosimane dedicates his award to his Mamelodi Sundowns players 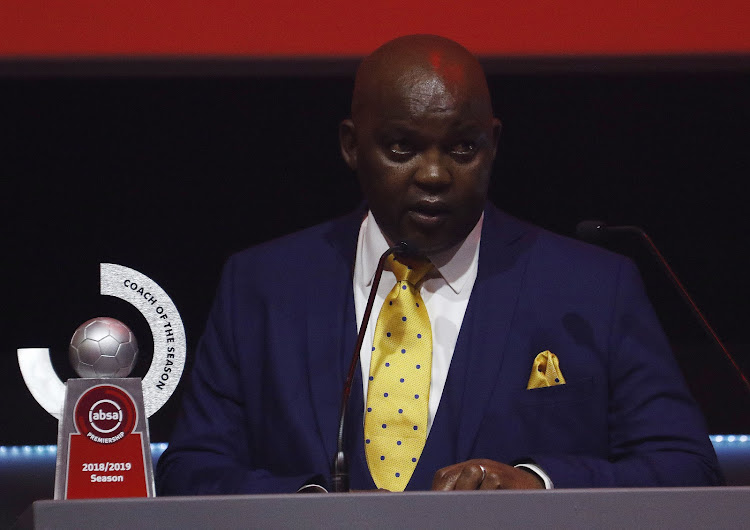 Pitso Mosimane has dedicated his Coach of the Season award to his Mamelodi Sundowns players after winning the top prize for the second year in a row at the Premier Soccer League's end of the season ceremony at the weekend.

Mosimane led the Brazilians to a successive league title a few days ago and he insisted that credit should go to the players after Sundowns won a fourth league title in six seasons under the highly respected master tactician.

He joined Gavin Hunt‚ Gordon Igesund and Ted Dumitru on the elite list of coaches who have won four league titles in the Premier Soccer League (PSL) era after leading Sundowns to back to back championships for the first time in his coaching career.

“The players are the ones who make us shine as coaches‚ so I’m thanking them for this award‚” Mosimane said.

Orlando Pirates fans had something to celebrate after Thembinkosi Lorch walked away with the PSL Footballer of the Season and Absa Premiership ...
Sport
2 years ago

While he faced opposition from rivals Milutin Sredojevic and Benni McCarthy‚ he was always favourite to win the award after leading his side to the league title.

“I also need to thank the 14 people (technical team) around me.

"They also helped me to win this award. I am just a recipient to be honest and I’m humbled.”

The league title was Sundowns’ ninth in the PSL era.

Mosimane also took time to congratulate the other coaches who won trophies in SA in the recently completed domestic season.

He congratulated Steve Barker‚ who led Stellenbosch FC to promotion to the PSL‚ and Dan Malesela‚ who won the Nedbank Cup with lower tier side TS Galaxy after beating PSL giants Kaizerr Chiefs 1-0 in the final in Durban at the weekend.

Orlando Pirates star Thembinkosi Lorch is crossing his fingers that the two major awards he won at the PSL's end of the season ceremony in Durban at ...
Sport
2 years ago

Mosimane also singled out Cape Town City coach McCarthy for special mention after he won the MTN8 with The Citizens early in the season.

“What do we want if local is not lekker?” said a beaming Mosimane.

“But local is not lekker because it is lekker‚ you have to work hard for it‚ you’ve got to fight.

"Our jobs are always on the line.

“We’re competing with people who come from the school of football‚ which is Europe.

"It’s like our children who come from Bantu Education to compete with people who did private school and all that. It’s always difficult but it’s possible.

“It’s also motivation to all the coaches who are coming out from the township‚ that we have played football.

"(Thembinkosi) Lorch (who won the Footballer of the Season award) is from the township and he made it. It is possible for everybody.”