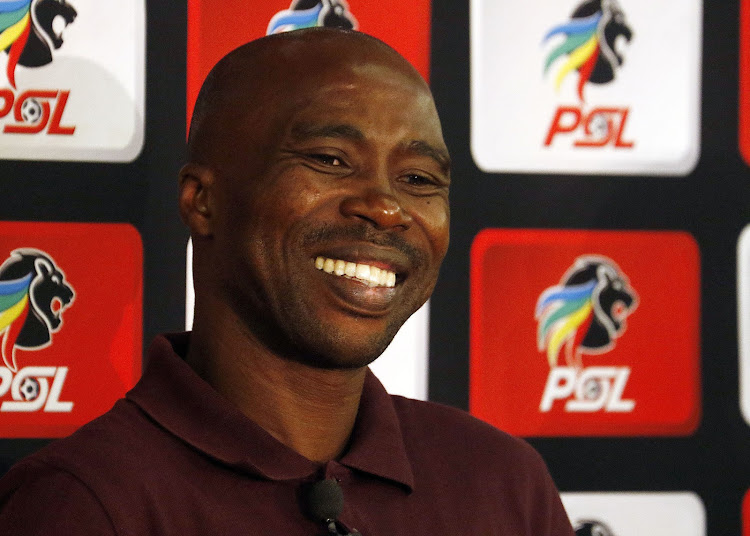 Although Siyabonga Nomvethe (41) has no immediate plans after retiring as a footballer following a glittering top-flight career rcently‚ he says will be satisfied if he is given an opportunity to plough back to the game that gave him everything he's accomplished in his life.

The KwaMashu-born former Bafana Bafana striker's career began at African Wanderers in 1996 and he retired last week after spending his last years in the game playing for Durban side AmaZulu.

“For now I can’t really disclose what will be my next step in life‚” Nomvethe.

“I’m still waiting for offers from people who would like to utilise my experience.

"But there’s no rush nor pressure because everything is okay for me for now.”

Nomvethe stressed that whatever happens in the future‚ he would still be involved in football.

“I’ve always said I want to play some role in developing better Siyabonga Nomvethes‚" he said.

"There’s so much talent in SA and it won’t be good for me to not plough back to the game that gave me everything that I have in life.

"I definitely want to play some role‚ as to what kind‚ it is the future that will determine that.

"Training strikers is one way I can possibly contribute to the future of our football.”

Orlando Pirates fans had something to celebrate after Thembinkosi Lorch walked away with the PSL Footballer of the Season and Absa Premiership ...
Sport
3 years ago

The well-travelled Nomvethe played for Orlando Pirates‚ Kaizer Chiefs and Moroka Swallows in SA and he also had stints with Italian clubs Udinese‚ FC Empoli and Salernitana.

Nicknamed "Bhele" for his prowess on the pitch‚ Nomvethe also played for Djurgaden in Sweden and Aalborg BK in Denmark.

He won the Danish Championship with Aalborg in 2004-05 and the MTN8 with Swallows in 2013-14 among the many trophies he has won at club level.

It will be the 2011-12 season with Swallows‚ though‚ that Nomvethe will be best remembered for as he was chosen as Footballer of the Season after scoring 20 league goals while helping his club to finish two points behind Orlando Pirates.