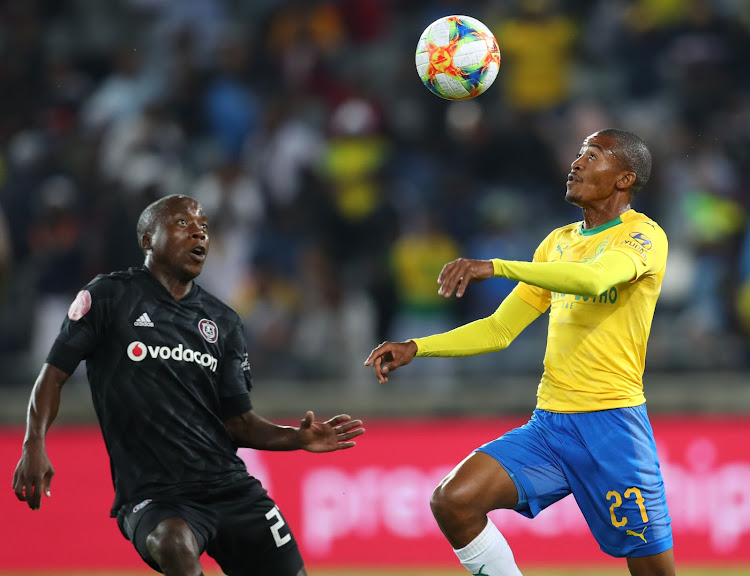 Orlando Pirates star Ben Motshwari was probably minding his own business during the off-season when he was told that Bafana Bafana coach Stuart Baxter had called him up to the 30-man provisional squad for the Africa Cup of Nations (Afcon) in Egypt.

The dynamic midfielder had been overlooked on several occasions in the past and would have been forgiven if a call from the Bafana camp was the furthest thing from his mind.

Baxter offered an explanation for his selection and said the 28-year-old Motshwari was the heartbeat of Pirates in the recently concluded season‚ making the Buccaneers play when they had the ball and quickly recover it when they had lost it.

“I just think he’s been consistent‚” said Baxter when asked why he’s suddenly elected to run the rule over a player he’s never selected since he returned to Bafana in May 2017.

“Pirates have played a brand of football that’s been very dynamic.

"And in that dynamic approach‚ sometimes you can lose the ball a lot and you can go too quickly and there could be a lot of transitions‚” Baxter explained.

“I think Ben Motshwari has shown a very good mentality to go with a good understanding of the game. And he’s been consistent.”

The Briton added that players of Motshwari’s calibre could be vital in changing the game during big tournaments.

“You know when you’re picking people for tournaments you also want consistency.

"You want to make sure you don’t miss out on having people who can change the game‚” he said.

Stuart Baxter has yet to name his final Bafana Bafana squad for the 2019 Africa Cup of Nations and that means the door remains open for anyone to ...
Sport
2 years ago

“Thembi (Thembinkosi Lorch) has been grabbing all the headlines but he still needs people like Ben Motshwari‚ who will do the structure bit‚ to allow him to play.

“So I think that’s an important part for me and that’s what I would like‚ even though I don’t guarantee him a place in the Afcon‚ I would like him to feel that being in this squad is a reward for that hard work.”

Motshwari played 27 games for Pirates in all competitions last season and could have made more appearances had he not been injured at the beginning of the last campaign.

The sight of Percy Tau in a leg-brace this week will have sent shivers down the spine of many Bafana Bafana fans as he will be a key component of the ...
Sport
2 years ago

All these players expect their names to be on the list when Baxter names his final 23-man squad for the Afcon 10 days before the start of the event in Egypt on June 19.

Bafana play all their Group D matches in Cairo.

The South Africans open their account against Ivory Coast in Cairo on June 24‚ Namibia are next on June 28 and finally Morocco on July 1.