Amajita face Argentina on stage where Messi and Maradona were unleashed 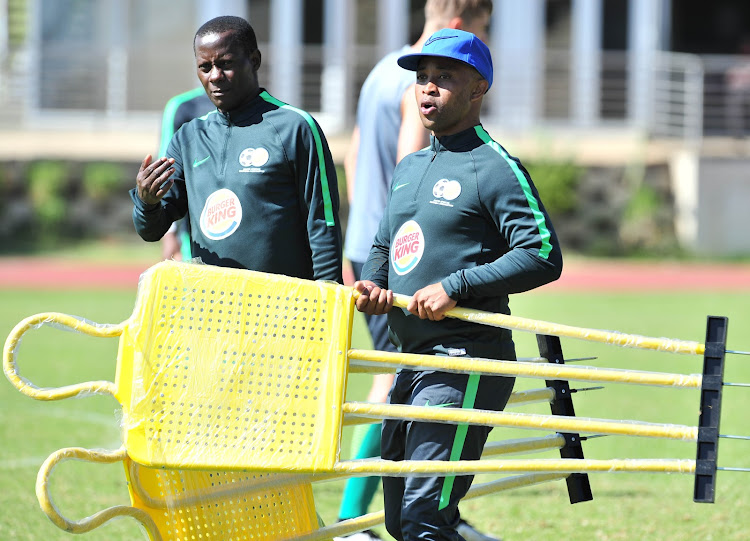 Given Argentina’s rich history at the Fifa Under-20 World Cup‚ where both Diego Maradona and Lionel Messi were unleashed on the world‚ South Africa’s Amajita face a potentially tough opening assignment at Poland 2019 on Saturday night.

It is the second successive appearance at the U-20 World Cup for Thabo Senong and his squad but there was no reward for consistency when the draw was made and‚ as a result‚ the South Africans face an uphill struggle to get past the first phase.

The match in Tychy (kickoff 8.30pm SA time) is the first time South Africa meet the South American giants at under-20 level and they will surely be up against a formidable outfit‚ if history is any precedent.

La Albiceleste have won a record six world titles in this age group.

They were crowned world champions on the first of their 15 appearances in the competition‚ when a side featuring Maradona and Ramon Diaz swept all before them at Japan 1979.

The Argentineans finished runners-up to Brazil at Mexico 1983‚ the only U-20 World Cup final they have lost to date.

This year their squad features players from all the major Argentine clubs plus the likes of Atletico Madrid and Valencia in Spain‚ and even at this tender age will have considerable experience.

Amajita have two players returning from the squad that competed in South Korea two years ago.

Kobamelo Kodisang is one and is confident the side can overcome the odds.

“I think we will do well. We have to be confident‚ we know it won’t be easy but we are here to compete. If we can be confident enough‚ we can do well in all the matches‚” he said.

Coach Senong had been missing from the last week of preparation after the death of his mother and his return back to South Africa from the training camp for the funeral.

But he was back on Wednesday to take the reigns back from assistant Helman Mkhalele.

After Argentina‚ Amajita tackle South Korea on Wednesday‚ and then Portugal next weekend. The top two teams in each pool advance to the second round‚ along with the four best third-placed finishers.

Amajita have reached the knockout stages of the Under-20 World Cup once before‚ but lost to eventual winners Ghana in 2009.

Luther Singh happy with his progress in Portugal

Luther Singh believes his game can only go from strength to strength now that the South Africa Under-23 international is earning a lot of game time ...
Sport
3 years ago

South Africa have been drawn in a tough Group F at the 2019 FIFA Under-20 World Cup in Poland and will have to content with Portugal‚ Argentina and ...
Sport
3 years ago