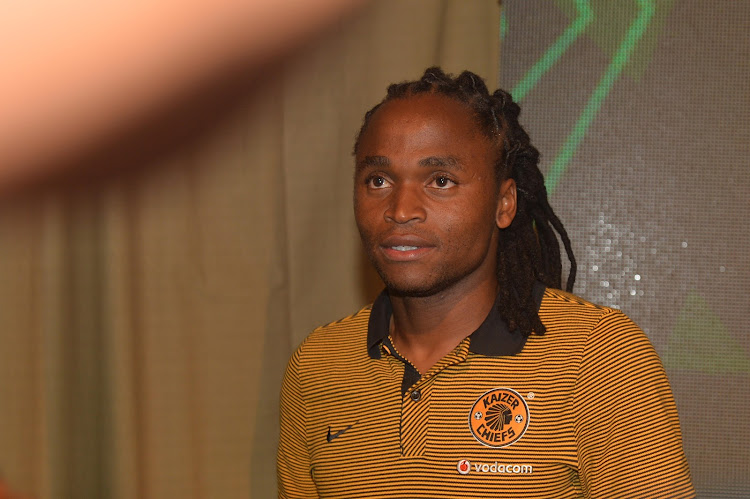 Simphiwe Tshabalala will spend the next few weeks at home considering his future as he heads back to Mzansi after his first season overseas in Turkey.

His side BB Erzurumspor were relegated at the end of the season and the 34-year-old Tshabalala will be back in Johannesburg at the end of the week after the disappointment of losing the battle against the drop.

But he does not have any idea yet of what steps he will be taking next.

“I haven’t thought about it‚” he told TimesLIVE in an exclusive interview on Tuesday.

“I just want to stay home and relax and think about it.

"I still have a contract and I will have to go back‚ but we’ll need to discuss what to do next.”

The inference is that Tshabalala might be available to return to the Premier Soccer League where he gave over a decade of service at Free State Stars and Kaizer Chiefs.

“Right now‚ I’m just switching off after a tough season but one thing is sure is that I’m not stopping‚” he told TimesLIVE.

Simphiwe Tshabalala got a rare start for his Turkish club BB Erzurumspor and completed the full 90 minutes for the first time this season‚ helping ...
Sport
2 years ago

Tshabalala got a rare start for his Turkish club and completed the full 90 minutes for the first time this season on Sunday‚ helping the team to win away for only the second time in the campaign.

But the 2-0 triumph at Kayerispor on Sunday was not enough to save the side even though the club had a good run towards the end of the campaign.

“But it was just too late.

"We had made too many changes and also the switching of coaches had an effect.

“It was a good team but I also felt that there were too many games that we could have won but instead we dropped unnecessary points‚” Tshabalala said.

“It was tough experience‚ a big challenge‚ a big test for me.

“The challenges we found there were very difficult. A different environment‚ culture people‚ a different style of play – all completely different.

Bafana Bafana hopefuls Thulani Serero and Lars Veldwijk will close their seasons in the Netherlands on Tuesday‚ with different ambitions but both in ...
Sport
2 years ago

“It was also a new experience for me to spend time on the bench‚ not knowing why I was not playing. It was definitely not an issue that I was not performing.

“I think I did well‚ especially in the last games. At times I was disappointed at the way things went for me but I never stopped trying.

“It was so difficult leaving my comfort zone.

"I left my family‚ my child behind‚ stuck alone in an apartment‚ always with the same routine of going to training and then back to the apartment. That was very tough.”

“But I have no regrets‚ I was grateful for the opportunity.

"I focused hard on the dream that was finally given to me‚” he said of the chance to show his abilities in a foreign league.