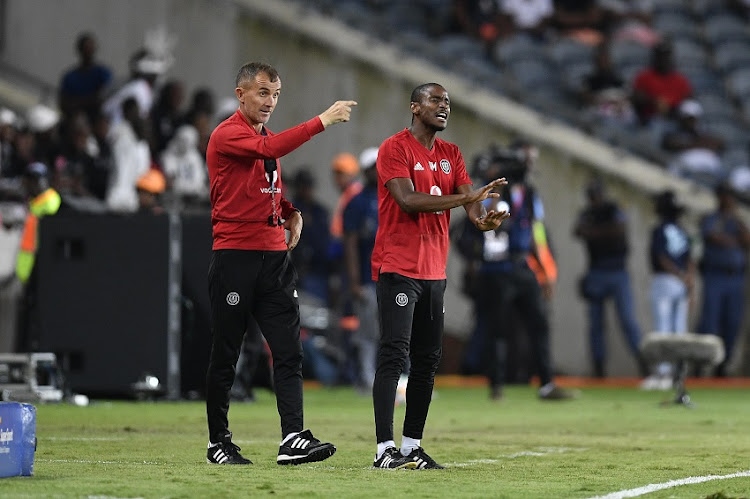 Orlando Pirates will return to work in the middle of July to resume their attempt to end a five-year trophy drought.

It will be a third season under coach Milutin Sredojevic and the mentor will be under pressure to deliver after two trophyless seasons that ended with a bare trophy cabinet earlier this month.

Pirates last won a trophy in May 2014 when an Eric Tinkler-coached Bucs side defeated Bidvest Wits 3-1 in the Nedbank Cup final played at the Moses Mabhida Stadium in Durban.

Since then Pirates have had a number of coaches who all failed to deliver.

But under Sredojevic‚ who returned to the club at the beginning of 2017-18 season‚ the Bucs have played some breathtaking football at times‚ although without any form of silverware to show for their efforts.

“We are convinced that we can continue to improve and we shall have a season that will bring out something to be proud of‚” Sredojevic gushed when asked of club’s ambitions for next season.

Under the Serbian born coach‚ Pirates have finished twice behind Sundowns in the league and were beaten by Baroka FC in the final of the Telkom Knockout last season. Sredojevic's charges could not progress beyond the group phase of the Champions League.

“We need to enter a competitive season with the ambition that we want to improve in order to have a season that will be garnished with something‚” said Sredojevic.

“We need to have a proper pre-season and that season is supposed to kick off with medicals on the 16th and 17th of July.

“It will culminate with the Carling Cup match against Kazier Chiefs on the 27th of July.”

The Bucs coach said the club would have to submit a list of players who will represent the club in the Caf Champions League on July 11.

“We still don’t have dates for our fixtures in the Caf Champions League but by the 11th of July we are supposed to submit our preliminary squad.

“We’re supposed to submit 30 names but we are not going to do so because you want to strengthen some places depending on how far you’re going in the tournament.”

Sredojevic said the team’s technical team have already given the club’s management names of the players they would like to beef up the squad with for next season.

“This is something that we as the technical team we have already presented to the club‚” he said.

“This is now in operation by the management. Two aspects need to be taken into consideration; sport aspect is what we need and the economical aspect.

“We want to combine those two in order to have a team of committed and dedicated hard working players that are ready to help us in five fronts that we shall fight for (MTN8‚ Telkom Knockout‚ Nedbank Cup‚ Absa Premiership and Champions League) next season.”

Among the loaned players expected to return to Bucs is TS Galaxy’s sensational striker Zakhele Lepasa‚ who is currently with Bafana Bafana’s Cosafa Cup squad in Durban.

“We shall assess him (Lepasa) and see whether he’s ready to start and bang in goals for us‚" he said.

"We shall see what level he is.

“Being part of the Bafana squad at the Cosafa Cup will help Lepasa in injecting confidence of playing matches.”