Another clear-out expected at Wits 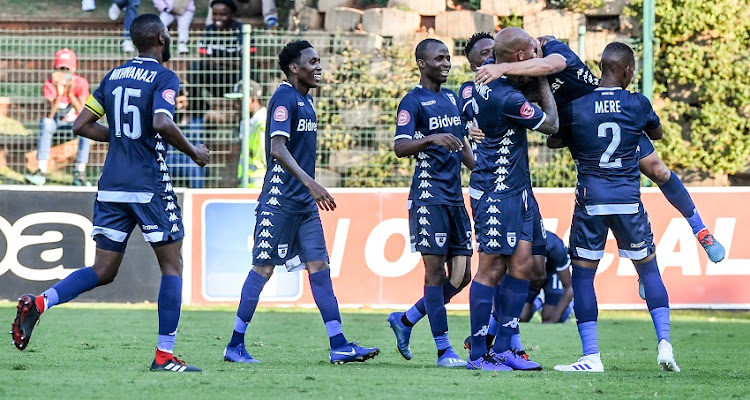 Cole Alexander of Wits celebrates with teammates after scoring during the Absa Premiership match between Bidvest Wits and Baroka FC at Bidvest Stadium on May 04, 2019 in Johannesburg, South Africa.
Image: Sydney Seshibedi/Gallo Images

Bidvest Wits might have finished third in the past season’s Premier Soccer League standings but coach Gavin Hunt is having yet another clean out of his squad.

At least 10 players are due to leave the club despite a season in which they contested for the title right up to the last weeks of the campaign in stark contrast to their previous campaign when‚ as defending champions‚ they were in a scary relegation battle.

One year ago there was also a major cull‚ including Steven Pienaar‚ but the number of departees this time round is unexpectedly high.

The exodus is expected to include current Bafana Bafana No1 Darren Keet‚ who is looking at a potential move to Portugal after participating at the African Cup of Nations finals in Egypt‚ and Daylon Claasen‚ whose contract is not being renewed just two season after returning home from competing in the German second division.

The 27-year-old Scotsman Murray‚ who notched eight goals in all competitions‚ has an offer to play in Belgium on the table and likely to leave after just one season in the PSL.

Wiedlich had little game time after joining from Maritzburg and cut a frustrated figure at the club while Khumalo did not play at all.

The midfielder‚ previously on the books at Mamelodi Sundowns‚ is not to be confused with the ex-Kaizer Chiefs and SuperSport United fullback of the same name.

So far‚ only Lehlohonolo Majoro’s move to AmaZulu has been confirmed.

Wits have kept a silence on the potential departures as well as new signings.

Earlier in the season‚ they announced the arrival of goalkeeper Brandon Petersen and striker Prince Nxumalo.