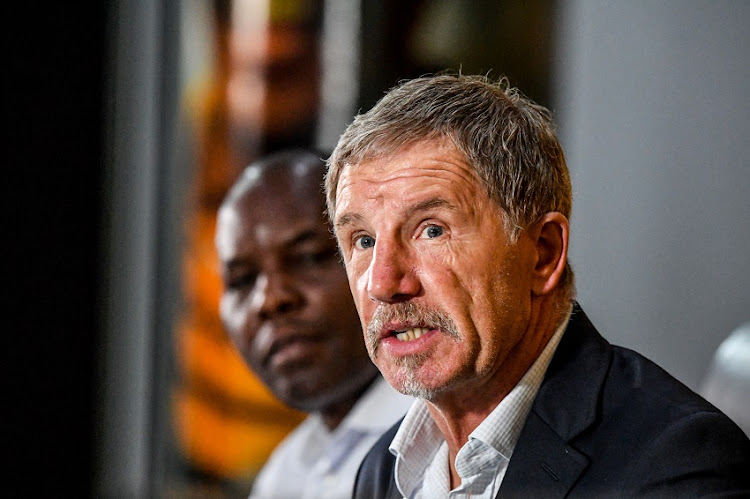 It has been a low-key start for Bafana Bafana in their pre-Africa Cup of Nations (Afcon) training camp at Steyn City this week‚ and that might not be too much to the disliking of coach Stuart Baxter and his men.

There has been a tendency when the national team finally does manage to qualify for a major tournament‚ such as the 2015 Nations Cup under Shakes Mashaba‚ for the country to get over-excited with wild predictions of winning the competition‚ despite years of underachievement.

This time‚ bitten far too many times by getting their hopes up too high‚ the public’s mood has appeared far more sombre and cautious for SA’s chances at Egypt 2019.

Bafana’s first two days of twice-daily training sessions only drew a handful of journalists‚ even in the off-season when soccer writers can need to scrape the barrel for stories.

For Baxter‚ and Bafana‚ such an atmosphere of under-expectation might come as a welcome change for the national football team going to a Nations Cup – especially if it can extend to their Group D heavyweight opponents Morocco and Ivory Coast.

“Definitely‚” Baxter said‚ asked if Bafana flying under the radar into Egypt can be a strength for the South Africans.

“I think what has happened in South Africa over the last few years very much reminds me of England.

"Every time there was a glimmer of hope then England were going to win everything‚ and then they never won anything.

“And the expectation level has been probably unrealistically high on Bafana in the past. But that’s because of the passion of the people of the country and the way they love football.

“But now‚ people get a little bit tired of being disappointed so then they lower their expectation levels.

“And lo and behold when that happens sometimes you get the players responding either through‚ ‘Well‚ we’ll show you’‚ or‚ ‘Well‚ it’s nice to not have the favourites stamp on us now and we’ll work as the underdogs’.

“But I think it’s ready enough to surprise. Whether I can go out and beat my chest like Tarzan and say we’re gonna thrash everybody – I doubt that.

“But I know there’s a scenario where if we get the right sort of start then people are not going to enjoy playing against us.”

Bafana kick off their Nations Cup against Ivory Coast in Cairo on Monday‚ June 24. Namibia are the fourth team in Group D.