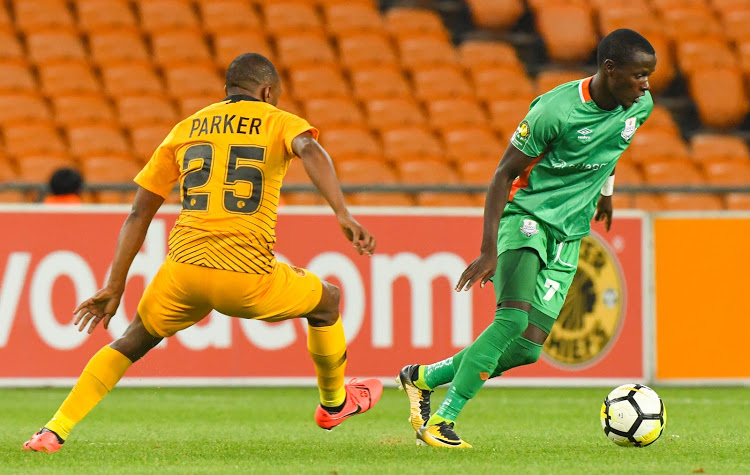 A Zesco United official has confirmed that a deal for striker Lazarous Kambole is “almost done” amid speculation that the in-demand forward will sign for Kaizer Chiefs in the new Premier Soccer League (PSL) season.

The official would not be drawn on the name of the team that the Zambia international will join‚ but it seems certain his next destination is Naturena.

"The teams have agreed terms and player has agreed personal terms with the team‚” the official told TimesLIVE from Ndola.

“At this time we are not able to reveal the details of the team though.”

Former Kaizer Chiefs forward Knowledge Musona has praised the quality of the South African Premier Soccer League and says it has been a major factor ...
Sport
3 years ago

However‚ the official did not deny that Kambole was headed to Chiefs‚ where he will hope to add firepower to what was largely a blunt forward line last season that netted just 33 goals in 30 Absa Premiership matches as the side finished ninth with their worst ever points total.

Kambole appeared to reveal his prospective new employers in an interview flighted by SABC Sport‚ saying he was looking forward to linking up with Chiefs striker Khama Billiat.

“We are friends‚ [I’m] looking forward to … [developing that friendship] on the field of play‚” Kambole said.

Asked about the expectations at a club like Chiefs‚ he went on to say that he is used to playing under pressure and again suggested he would be at Naturena.

"Even where I am at Zesco‚ there's pressure. So‚ the pressure is everywhere. I am not going to run away from that.

Retired Kaizer Chiefs midfielder Wiseman Meyiwa revealed on Tuesday afternoon that he misses playing football and hopes to return to the game he ...
Sport
3 years ago

"I'm mentally prepared. It's all about mentality‚ determination and discipline‚" he said.

"I know people expect a lot from me because they know what I'm capable of. They know what I can do. So‚ they will be expecting that when I come here.

"So‚ I know the pressure that is at Chiefs but to tell you the truth‚ I am equal to the task.”

Chiefs officials could not be reached for comment at the time of writing.

The 25-year-old Kambole has long been admired by clubs from across the continent and it is something of a mystery as to why he has not moved sooner.

He scored seven goals in the 2018 Caf Champions League‚ just one behind leading marksman Anice Badri.

He has also scored four goals in his last four internationals for Chipolopolo‚ and will line-up for them against Zimbabwe in tonight’s Cosafa Cup semifinal‚ when he will likely face his friend‚ and potential new teammate‚ Billiat.