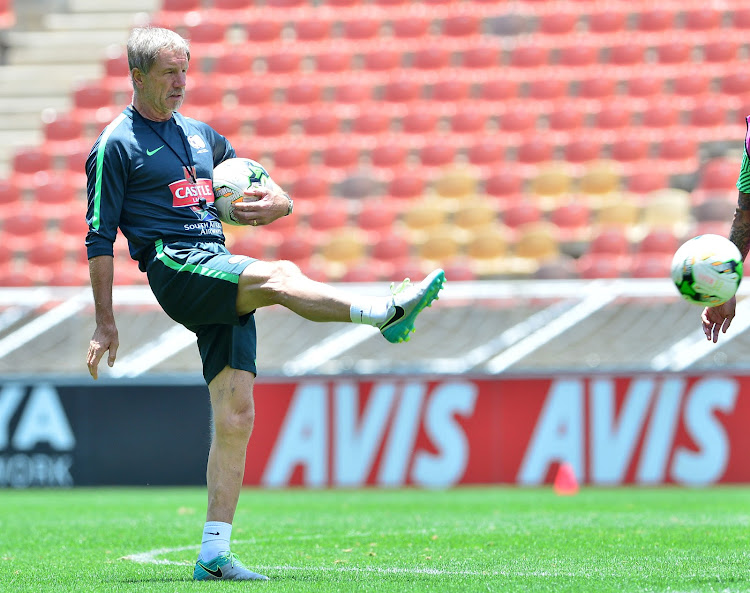 Bafana Bafana's preparations ahead of their Africa Cup of Nations (Afcon) opening match against Ivory Coast next week have been dealt a massive blow after Angola pulled out of a training match just hours before kick off.

Coach Stuart Baxter's charges open their Egypt 2019 account at the Al Salam Stadium in Cairo on Monday and they were hoping to use the Angola encounter to prepare for the Ivorians.

Baxter has only had one tough training match under his belt and it is debatable if the friendly against Ghana was enough to iron out whatever kinks that may still exist for the start of the tournament.

But midfielder Dean Furman elected to look on the bright side and insisted that not only would the team be ready by Monday next week‚ they would produce better performances than the 2015 Bafana team that crashed in the opening stages of the continental tournament.

“We were hoping to get here (in Egypt) for a long time and obviously the pre-tournament camp has been pretty good‚” said Furman after the team’s first training session in Egypt.

“The good thing is that it’s probably 10 degrees cooler here (than in Dubai) and we have acclimatised.

“So there’s good spirit‚ good Afcon vibe here in Egypt and we had a nice welcome.

“I think the excitement is starting to build among the players and staff.”

Southern African neighbouring country Namibia make up the fourth team in the group.

Morocco and Namibia play their opening match on Sunday and this means Baxter will have an opportunity to run the rule over his rivals a day before Bafana face the Ivory Coast.

Furman said they had a few things to improve after watching a video of their training match against Ghana.

“I think we started the game very well and we were playing against the top side from Africa.

"Some top players were playing from top leagues in the world‚” said the SuperSport United skipper.

“We’ve watched the video and there’s things to improve on."