Bafana vs Morocco: Who are the danger players Baxter's men need to look out for? 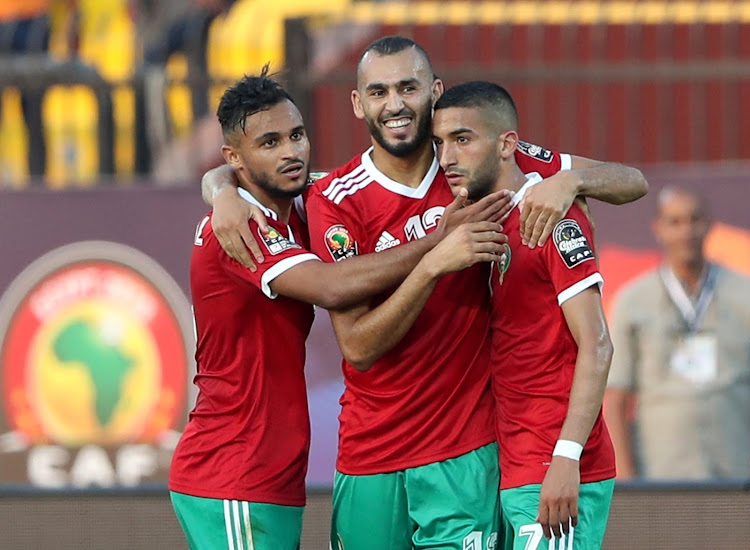 Bafana Bafana tackle Morocco in their crucial 2019 Africa Cup of Nations (Afcon) clash on Monday evening where they hope to do enough to seal a place in the Last 16 of the continental finals.

Morocco are one of the pre-tournament favourites and are coached by two-time Afcon winner Herve Renard‚ providing‚ on paper at least‚ Bafana’s toughest pool fixture in Egypt.

There is no shortage of quality in the Moroccan side‚ a squad packed with experience.

Here are five players who could hurt Stuart Baxter’s side on Monday.

Amrabat is a former Dutch youth international who made his Morocco debut in 2011 and has been a regular fixture since.

The winger has huge experienced with PSV in Holland‚ Galatasaray in Turkey‚ Malaga in Spain's LaLiga and English Premier League side Watford‚ though he now plays for Saudi Arabia outfit Al Nassr.

Born in the Netherlands‚ he played all three matches for Morocco at the 2018 World Cup in Russia.

Born in Avignon‚ Belhanda was a junior international for France but switched his allegiances to Morocco in 2010.

The playmaker was a star at Montpellier for four years before moving to Dinamo Kiev‚ where he did not quite settle‚ having loan spells in the German Bundesliga with Schalke and in Ligue 1 at Nice.

He moved to Turkish side Galatasaray in 2017 and has been a fixture there ever since. He also played for Morocco at the World Cup in Russia.

The 20-year-old left-back Hakimi is seen as one of the rising stars of Moroccan football‚ even though he was born in the Spanish capital of Madrid.

He came through the youth ranks at LaLiga giants Real Madrid‚ making his debut for the side in 2017.

He enjoyed a successful loan spell at Borussia Dortmund in the German Bundesliga last season.

Hakimi initially started as a winger but has been converted to fullback‚ though he still carries the characteristics of pace and a desire to get forward and add to the attack. He will be a huge danger.

Saïss was born in France but chose to represent Morocco in 2012‚ though he only really became a regular in the side in 2016.

The defensive midfielder adds some steel to the middle of the park and is coming off a good season with his club‚ English Premier League side Wolverhampton Wanderers‚ who he joined three years ago.

Before that he played for Valence‚ Clermont‚ Le Havre and Angers in France.

The star of the show for Morocco‚ attacking midfielder Ziyech was immense for Ajax Amsterdam last season as he helped them to the semifinals if the Uefa Champions League and the Dutch league title.

Born in the Netherlands‚ he played for Heerenveen and FC Twente before joining Ajax in 2016.

He seems likely to move to a bigger league in the coming months.

He played junior international football for Holland‚ but chose Morocco for senior football in 2015.

He has a healthy goals ratio of 14 in 27 games for Morocco so far.

Bafana Bafana ready to go for the kill against Morocco

Bafana Bafana got the goal and the 1-0 win playing in patches against Namibia and now might need a draw tomorrow against a Morocco who were hugely ...
Sport
2 years ago

A draw might yet prove enough for South Africa to advance at the Africa Cup of Nations but they would be playing Russian roulette if they are relying ...
Sport
2 years ago