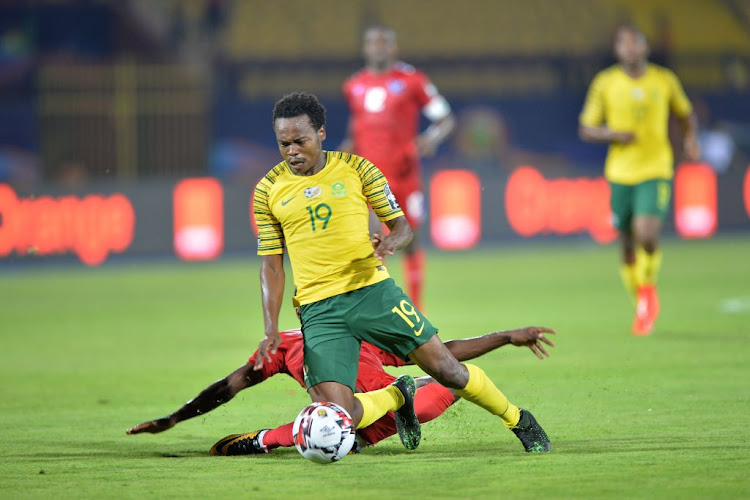 A draw might yet prove enough for South Africa to advance at the Africa Cup of Nations but they would be playing Russian roulette if they are relying on that to stay alive at the tournament in Egypt.

Defeat at the hands of Morocco on Monday at the Al Salam Stadium in Cairo would almost certainly condemn Bafana Bafana to third place in Group D – barring a miracle win for Namibia over the Ivory Coast at the same time‚ which would complicate matters even further.

This would then ensure South Africa a place among the four and see them through – only to be hit with the likely whammy of then going up against hosts Egypt in Cairo in the second round.

The other scenario is a much more positive one – playing Madagascar‚ who upset Nigeria on Sunday.

South Africa could have already qualified on Sunday at the start of the final round of group matches if results had gone their way.

There needed to be a draw between the Democratic Republic of Congo and Zimbabwe in Group A and another between Burundi and Guinea in Group B for that to have happened.

But Guinea won 2-0 to finish third with four points and Zimbabwe’s stand-in goalkeeper‚ Elvis Chipezeze of Baroka FC‚ made such a mess for his country that he saw them eliminated‚ plus jeopardised Bafana Bafana.

DR Congo thrashed Zimbabwe to finish third in Group A with three points and an even goal difference.

Now if South Africa do not get any points against Morocco‚ they would have to wait for Tuesday’s last set of group games for clarity.

First they must hope that Kenya lose by at least two goals to Senegal on Monday night in Group C.

And then they have to hope that on Tuesday that the following happens:

South Africa could avoid all this stress by drawing with Morocco.

If they beat the North Africans – who they have never lost to before – Bafana could yet top the group and send out a strong message of competence.

"I'm not cheap‚" was Morocco coach Herve Renard's blunt message to the SA Football Association (Safa) on Sunday from the 2019 Africa Cup of Nations ...
Sport
2 years ago

Thamsanqa Mkhize is Bafana Bafana's right-back warrior‚ a late bloomer who at 30 is loving the opportunity of mixing it up with the likes of Nicolas ...
Sport
2 years ago