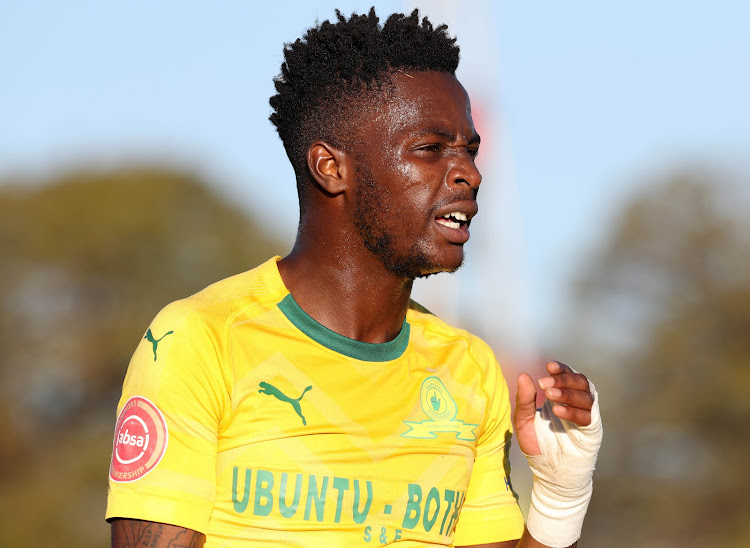 Phakamani Mahlambi was still too raw‚ and not a polished enough product‚ to make it at a huge club like Al Ahly‚ Egyptian football journalists have said.

The youngster also never quite won over Al Ahly's fanatical supporters‚ they said‚ a key factor at a club with influential fans like those of Cairo's eight-time Caf Champions League-winning giants.

And perhaps Mahlambi was not quite patient enough in his year-long stint.

Then still only 19‚ and having transferred from Bidvest Wits‚ Mahlambi played 12 league games‚ one cup fixture and two Caf Champions League matches‚ scoring one goal for Al Ahly in the 2017-18 season.

"Playing in the first squad at Al Ahly‚ maybe you can be a squad player but you can't make it as a regular because it's very difficult. You need to be ready‚" Essam said.

"Mahlambi was so young when he came here and he needed a lot‚ he needed to develop himself to be a better player.

"Al Ahly have very good players. And to make it there you need more time.

"Al Ahly want an intensive and effective player‚ someone who can score goals and show some skills to the fans. But not only skills - he needs to be effective all the time.

"For me‚ it depends on the player too. He can be patient‚ and the future at Al Ahly can be better for him than at a South African club. It can be a gate to Europe."

Osama Eman‚ a TV sports presenter for Sada Elbalad TV‚ said in Egypt strikers or wingers are supposed to score goals‚ or they will not win over the supporters.

"I think Phakamani didn't involve himself in the circumstances here in Egypt - the fans‚ the atmosphere‚" Eman said.

"The fans in Egypt press the players. By his performance‚ Phakamani did not win the hearts of the fans.

"He's a striker or a winger. So for the fans here‚ he is supposed to score goals or assist goals. He didn't do that. So then‚ for the fans‚ Phakamani is not a good player.

"Any African player‚ who comes here to play for Al Ahly or Zamalek must gain the confidence of the fans."

Mahlambi seemingly did not adapt to the militaristic discipline of Egyptian football‚ before opting for a return to South Africa.

That does not mean the now 21-year-old cannot still become a rounded‚ classy player‚ especially under a coach like Sundowns' Pitso Mosimane who has done much to refine the games of Khama Billiat‚ Themba Zwane and Percy Tau.

'Can we play without Phakamani? Yes we can‚' says SA coach Notoane

South Africa coach David Notoane acknowledges that his side will have to hit the ground running against Botswana in their Cosafa Cup quarterfinal at ...
Sport
1 year ago

South Africa coach David Notoane says Phakamani Mahlambi asked to be released from the squad for the COSAFA Cup in Durban‚ suggesting he was not in a ...
Sport
1 year ago
Next Article