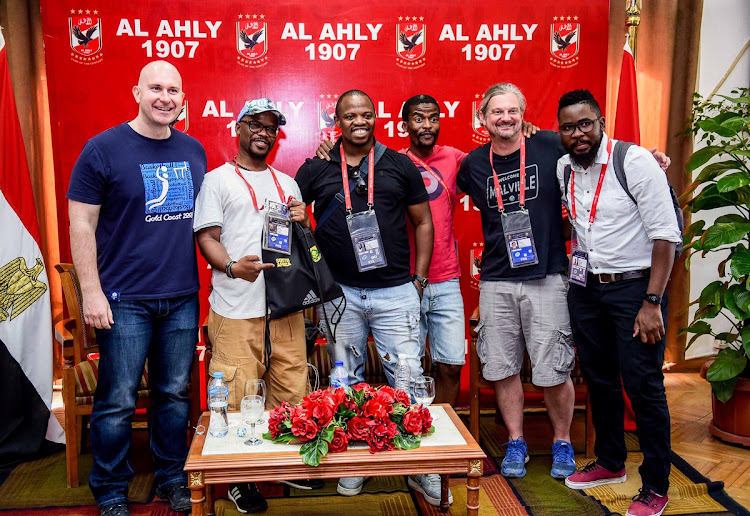 It is the sheer sense of tradition and pedigree of a complex steeped in history that sets the Al Ahly Sports Club in the heart of Cairo apart from others in Africa.

The complex on the Nile river island of Zamalek - where‚ of course‚ Ahly's bitter Cairo rivals of the same name also originate from - was founded in 1907‚ the same year as the great club‚ Africa's most successful with eight Caf Champions League trophies.

So it is not just the facilities of Al Ahly that are so impressive - which they opened up this week on a promotional tour for the foreign media covering the 2019 Africa Cup of Nations (Afcon) - but also the pedigree ingrained into that very structure.

It makes Mamelodi Sundowns' 5-0 deconstruction in Pretoria of the Red Devils in the 2018-19 Champions League - still so talked about in Cairo - seem all the more remarkable.

An administration block holds a board-room with archives‚ wood-panelled function rooms with turn of the century photos on the wall of the original members‚ portraits of each of the 14 presidents‚ and in the downstairs entrance hall‚ the trophy cabinet.

Outside‚ large cafe areas and a restaurant are open to all members‚ as is the swimming pool.

Ahly are a sports club‚ not just a soccer club‚ so the complex houses more than 20 sports‚ including 18 Olympic ones‚ such as handball‚ basketball‚ tennis and volleyball.

Just over the road is another members-only restaurant terraced on the banks of the Nile.

Scarily‚ Ahly are franchising their complexes.

There is not enough room in central Cairo for everything‚ and they have two more already purely-sports training facilities around the city with training grounds and academies‚ and a fourth is being built.

Ahmed El Ghatas‚ Al Ahly's foreign press coordinator‚ said the original complex is the heart that the club draws its life from.

"Exactly. That's one of our strength points. Because when you have history and traditions and legacy since an old date like 1907‚ and keep feeding this with trophies every year‚ you build a place where you establish a place for yourself as a club‚" El Ghatas said.

"Even this training ground here [El Tetsh]. It's not easy to be a player at Al Ahly and train in this place where all legends of Al Ahly have played.

"It's not just a new club or new training ground. It's the same ground as [current Ahly president Mahmoud] El Khatib and [Mohamed] Aboutrika have trained on - all the legends over the years‚ Saleh Selim.

"So it gives you something as well‚ which we call the red shirt spirit.

"Of course Zamalek have things like this‚ but all new. They don't have something that's very old like us‚ because they have moved their facilities."

"It [the sports club complex] became a brand in itself. It sells the name and it sells itself‚" El Ghatas said.

"And of course the location is one of the main strengths."

Morocco's Wydad Casablanca may be the richest club in Africa‚ but such grounding built over 112 years sets Ahly apart as the most successful.

"I'm not sure [if Wydad are richer]‚ but of course‚ if you talk about a branding value - it's Al Ahly of course‚ given the history and the success‚" El Ghatas said.

Kaizer Chiefs' Naturena complex is more super-modern‚ and of course‚ geared towards only one sport‚ football‚ so not as expansive and impressive in scale.

The facilities at Chiefs' Village are comparable‚ and in many instances better‚ especially their new academy and billiard table fields. Sundowns' facility at Chloorkop is constantly improving.

But the history and pedigree‚ that cannot be bought‚ or built with concrete and soil and grass. It is just there.