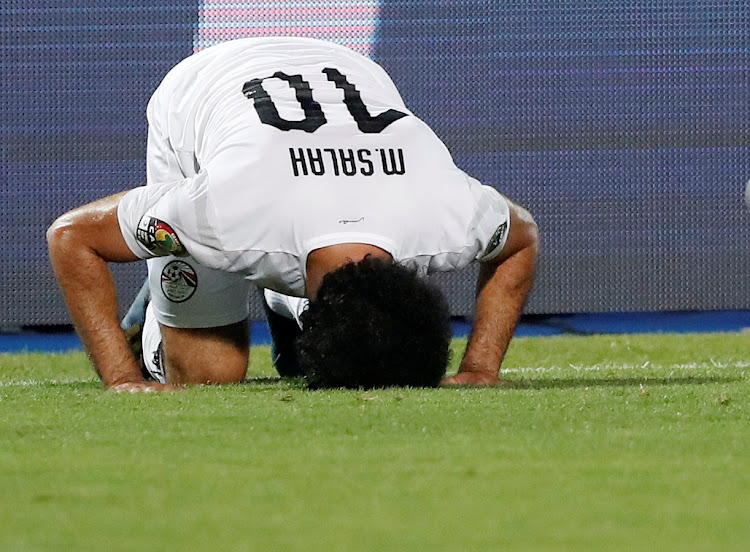 Egyptians are nowhere near as confident as South Africans might think of their national team beating Bafana Bafana in Saturday's 2019 Africa Cup of Nations (Afcon) last-16 clash at Cairo International Stadium.

The current Egyptian team‚ with Liverpool hitman Mohamed Salah on the right and in-form Trézéguet on the left‚ has not captured the imagination of the public despite three clinical wins - 1-0 against Zimbabwe‚ then 2-0 against DR Congo and Uganda - in Group A.

The reasons will sound familiar to South Africans.

Coach Javier Aguirre - the man who led Mexico against Bafana in the opening game of the 2010 World Cup - is seen as too defensive.

And‚ ironically‚ it is the defensiveness‚ but also good structure‚ that has seen Bafana's performance under Stuart Baxter provoke anger from the public at home that has some Egyptians worried.

Bafana Bafana have not been overly negative At the Africa Cup of Nations‚ centreback Buhle Mkhwanazi has insisted‚ saying that he believes compact‚ ...
Sport
2 years ago

Explaining why‚ he texted: "Actually‚ our national team is not strong like past times. Yes‚ we have a good defence but we still have a big problem in the midfield and attackers.

"So the two players who can make the difference are Mohamed Salah and the left winger‚ Mahmoud Hassan Trezeguet.

"But your team is well organised and it will be a problem for us."

Ahmed El Ghatas‚ the foreign press coordinator for Cairo giants Al Ahly‚ said Mamelodi Sundowns' 5-0 win against his club - still much-talked about in Egypt - in the past Caf Champions League adds an edge to the match-up of the national teams.

"For Egyptians‚ with South Africa‚ it's a bit competitive‚ especially with the defeat of Al Ahly by Sundowns‚" El Ghatas said.

Gavin Hunt appears to be a popular choice to replace embattled Bafana Bafana coach Stuart Baxter but the Bidvest Wits coach is determined to stay out ...
Sport
2 years ago

"Most Egyptians want payback for what happened. At the same time we're not satisfied with our national team's performance.

"But it's not going to be easy for Egypt to lose a game against South Africa in this tournament. Because if you lose a game at club‚ and then also national‚ level‚ it's going to be like a shame on everyone."

"And Mo Salah‚ of course. I think we have an advantage."

The Ahly official said the football of Aguirre and his predecessor‚ Argentine Hector Cuper‚ who guided the Pharaohs to a 2-1 defeat against Cameroon in the 2017 Afcon final‚ has not been popular.

"It's because we are used to a very entertaining style in football. We like to dominate‚" El Ghatas said.

"But in this tournament‚ or the last one‚ we don't see the Egyptian team we are used to."

Expensive match tickets‚ meaning‚ as in 2010 in South Africa‚ real football fans are not necessarily in the stadium‚ and Egypt's hardline president Abdel Fattah al-Sisi being seen as using the tournament for self-promotion‚ have also watered down the positive feeling for the country's national team.

Bafana‚ like Egypt‚ have been criticised for defensive football by their public.

Thamsanqa Mkhize is Bafana Bafana's right-back warrior‚ a late bloomer who at 30 is loving the opportunity of mixing it up with the likes of Nicolas ...
Sport
2 years ago

SA finishing fourth-best on the best third-placed teams log means they were effectively the weakest qualifiers for the last-16. They should have no chance against Egypt.

But look up at the scoreboard. It reads: "Egypt 0 South Africa 0".

This has to be - in the mould of their coach - one of the most stubborn and obstinate teams South Africa has sent to the Afcon finals.

Even when they are on the verge of boarding the plane home‚ they find a way to stay.

Can that be enough for them to beat Egypt? Who knows? But it has to count for something.