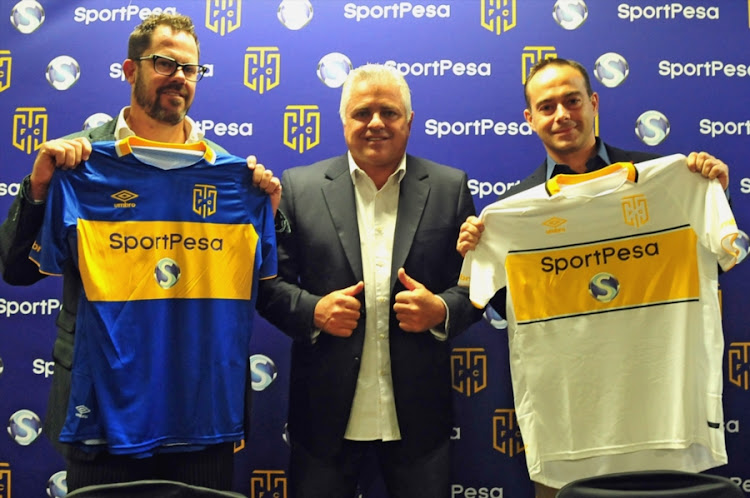 The Premier Soccer League (PSL) is to allow clubs to accept sponsorship from betting companies in an embarrassing climbdown after taking a hard line on the issue two years ago and prosecuting Cape Town City when they signed a deal with SportPesa.

It was decided at the Board of Governors’ meeting in Johannesburg last week that clubs can now do deals with betting companies as long as it is for shirt sponsorship only and does not involve any betting-related activity‚ TimesLIVE has learnt.

It is a reversal by the PSL whose chairman Irvin Khoza reacted angrily when Cape Town City defied his instructions not to do a deal with SportPesa in 2017.

The prosecution of City is unresolved almost two years later with the matter still waiting to go to arbitration.

PSL could lose millions if betting sponsorship kept out of domestic football: Comitis

Cape Town City boss John Comitis says the Premier Soccer League (PSL) must follow the example of other leagues around the world and embrace ...
Sport
2 years ago

The delay in settling the case suggests the league are letting the matter slip quietly off the table as they have been advised they are unlikely to win.

Cape Town City and its owner John Comitis were threatened with stiff sanction‚ faced the possibility of expulsion from the PSL‚ and a specially convened Board of Governors meeting was called to discuss their alleged “defiance” of the organisation’s rules when they did the deal at the start of the 2017-18 season.

Khoza insisted a moratorium had been agreed that no clubs would accept sponsorship from betting companies but because there was nothing in the rules‚ Comitis went ahead anyway – defying the powerful chairman.

He was warned against doing a deal with the Bulgarian-owned betting company‚ who are also sponsors of Premier League club Everton and several teams in east Africa where they do extensive business‚ and many in the football industry suggested at the time that City would suffer a major backlash.

Thembinkosi Lorch had to turn and make sure he had actually scored‚ such was the stunned silence at Cairo International Stadium following the Orlando ...
Sport
1 year ago

There was a resolution passed in 2010 that PSL clubs would not take on sports betting companies as sponsors until the PSL had investigated the issue more thoroughly but this investigation was never carried out.

The league has no specific rules prohibiting sports betting companies as sponsors but does require clubs to seek permission first on any sponsorship - to avoid any potential conflict of interest – but cannot withhold such permission unreasonably.

The PSL sent City many warning letters‚ but they were ignored as the club stood its ground – and they now look to have won the day.