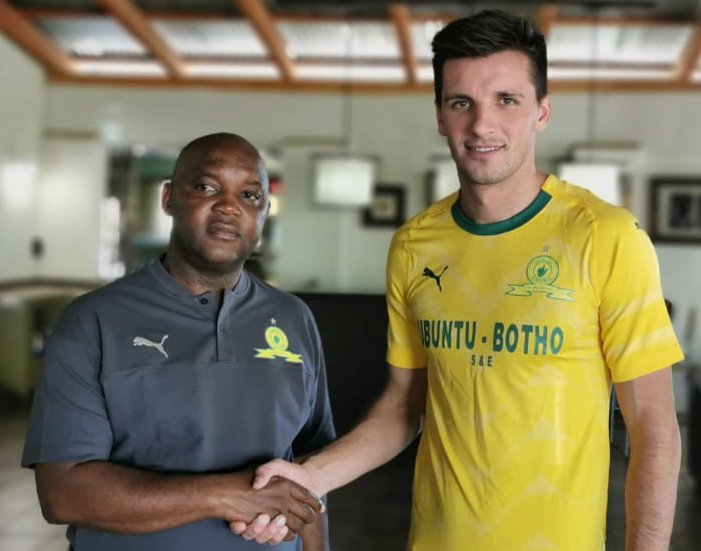 The 27-year old‚ who scored eight goals and contributed three assists for Alianza Lima in the league last season‚ will link up with fellow South Americans Ricardo Nascimento‚ Ali Meza and Gaston Sirino at Chloorkop.

The arrival of Affonso will spark speculation on the future of striker Jeremy Brockie who has struggled to adjust at the Brazilians since his highly publicized move from rivals SuperSport United in 2018.

Afcon moment of truth: Key battles to watch in Bafana vs Nigeria showdown

Bafana Bafana should be oozing confidence as they prepare to face Nigeria in their Africa Cup of Nations (Afcon) quarterfinal at the Cairo ...
Sport
1 year ago

Mosimane also has tough decisions to make during the transfer window as players like George Lebese‚ Lucky Mohomi‚ Oupa Manyisa and Aubrey Ngoma are wanted by other clubs.

Elsewhere‚ Orlando Pirates continued to be busy on the transfer market with the acquisition of winger Austin Kaunda Muwowo from Zambia Super League (ZSL) side Nkana FC for an undisclosed fee.

Muwowo was on loan at Forest Rangers last season and he was one of the top performers in the ZSL where he banged in ten goals and contributed eight assists for the side that is managed by former Buccaneers midfielder Perry Mutapa.

In that season‚ Muwowo finished the campaign as the league's joint-top goal scorer with his Rangers teammate Zikiru Adams and Napsa Stars striker Laudit Mavugo.