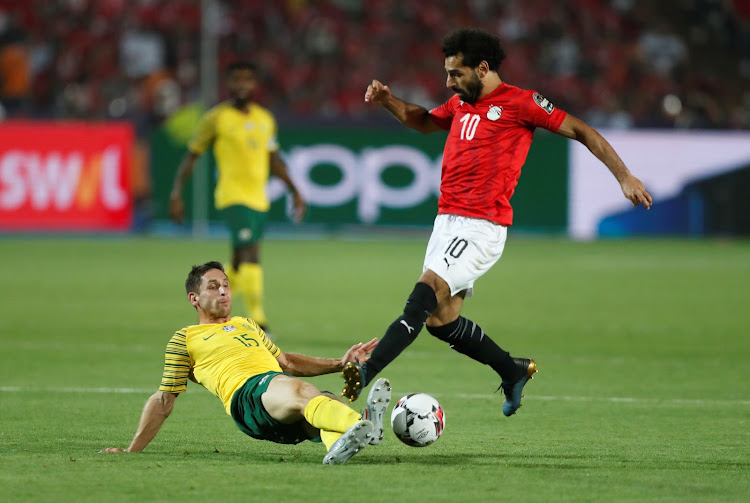 Bafana Bafana have shown at the 2019 Africa Cup of Nations (Afcon) that they have players‚ too‚ to be hyped up‚ midfielder Dean Furman said after the team's 1-0 quarterfinal defeat against Nigeria at Cairo International Stadium on Wednesday night.

Furman said South Africa has a tendency of hyping up other teams' players and stars.

Bafana scraped through a tough group phase - losing 1-0 against Ivory Coast and Morocco‚ and beating Namibia 1-0 - as the fourth-best third-placed finishers.

They then blasted out hosts Egypt in the shock of the tournament‚ 1-0 in the last-16.

Against a classy Nigeria‚ Bafana fought back from being dominated for the first hour‚ and Samuel Chukwueze's 26th-minute strike‚ with Bongani Zungu's VAR-allowed 7st-minute equaliser.

Bafana Bafana are out of the 2019 Africa Cup of Nations (Afcon), the players producing a battling display but again the tactics of coach Stuart ...
Sport
2 years ago

Then their strength of the tournament - Bafana's defence - lapsed to allow centreback William Troost-Ekong to score unmarked from a corner in the 88th.

Furman was asked what Bafana had learned form Egypt 2019.

"We need to believe that we can mix it with anyone on this continent‚" Furman said .

"In the big games‚ in the big stadiums‚ under the spotlight‚ we can play.

"The more we believe that and the more we stop hyping up other teams‚ the better it will be for us.

"Because I do think that we hype up other teams because of who their players are and where they play‚ and we forget about what we've got in our team.

Bafana Bafana’s forgotten man May Mahlangu will feature in the Uefa Europa League on Thursday‚ one of just a handful of South African players in ...
Sport
2 years ago

"We forget about these kind of players who we've got. We like to talk about other players in the other nations.

"But let's start looking at what we've got and how good we can be and how many problems we can cause them.

"Because I think over the course of the tournament we've shown that enough‚ and we can be taking this team forward‚ and hopefully into the top 10 on the continent."

There were significant signs of progress shown by Bafana with their first time reaching the quarterfinals outside of South Africa since the 2002 Afcon finals in Mali.

Baxter out? Well, that's what many in Mzansi want.
Sport
2 years ago

Coach Stuart Baxter's failure was that he could not get runners such as Percy Tau and Thembinkosi Lorch into play more.

But the impeccable structure shown by the South Africans has laid a roadmap for future success at a tournament where Bafana have underachieved for decades.

"The boys‚ we showed ourselves‚" Furman said.

"The groups were difficult. I think if you look across the groups‚ a number of teams' performances weren't as good as in the knockout stages.

"We came here [to Cairo International]‚ we played Egypt off the park. We got an applause from the home fans.

"That was definitely the highlight of the tournament. And then tonight we've taken Nigeria all the way.

How Bafana have developed a taste for shocking host nations

SA’s success over Egypt in Cairo at the weekend was not the first time that Bafana Bafana have upset the host nation at the Africa Cup of Nations – ...
Sport
2 years ago

"Whoever's in this team going forward really has to believe that we can mix it with the big boys on the continent.

"Now that's what's next for Bafana."

The draw for the next Afcon finals in 2021 takes place in Cairo on Thursday‚ July 18‚ the day before this tournament's final on Friday‚ July 19.