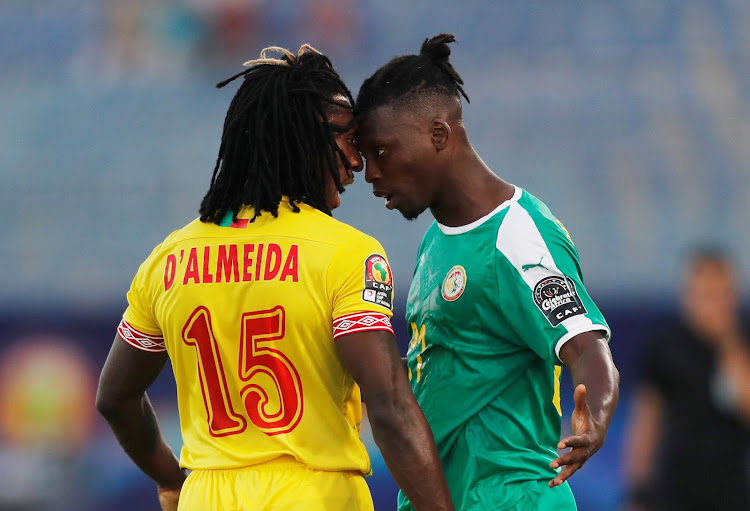 Benin departed the Africa Cup of Nations (Afcon) on Wednesday without winning a game but will return home as heroes after elimination in the quarter-finals by much-fancied Senegal.

They created one of the great Afcon finals upsets by knocking out Morocco in the last 16, albeit in a penalty shootout, and kept Senegal at bay for about 70 minutes in the last-eight clash before succumbing to Idrissa Gueye’s goal.

"We have mixed feelings because we feel we could have reached the semi-finals,” Benin striker Steve Mounie said.

“We are proud on the one hand but on the other, we thought we could have gone further.”

Benin were competing at their fourth Afcon tournament, having lost eight of nine matches at the previous three in 2004, 2006 and 2010, drawing the other.

That record meant they were not given much chance in a strong group alongside holders Cameroon and perennial contenders Ghana.

But they held both heavyweights and Guinea Bissau to draw, amassing three points to sneak through as one of the best third-place finishers, before sending shockwaves through the competition as they rode their luck to force an extra time stalemate with Morocco, another of the favourites, and advance on penalties.

Bafana Bafana are out of the 2019 Africa Cup of Nations (Afcon), the players producing a battling display but again the tactics of coach Stuart ...
Sport
1 year ago

It was a triumph that set off fevered celebrations in the small west African country where sporting success has previously been unknown.

But Senegal, at Cairo’s 30 June Stadium, proved a bridge too far.

“It was a great journey and it’s a pity we stop here,” added defender Olivier Verdon, who made vital tackles to keep Senegal striker Sadio Mane and his team mates at bay before being sent off eight minutes from the end.

“We can walk away with a lot of pride despite being knocked out. We can hold our heads high.

"If you told us before the tournament, we would reach the quarter-finals, we have all signed up for that," Verdon added.

“These results turned on small details. That’s how it is at the highest level. But we will learn, this experience will make us grow,” he said.

Coach Michel Dussuyer, a journeyman veteran of the Afcon finals, added: “The tournament allowed us to take a new step and my squad made Beninois proud thanks to their performances in the tournament.”