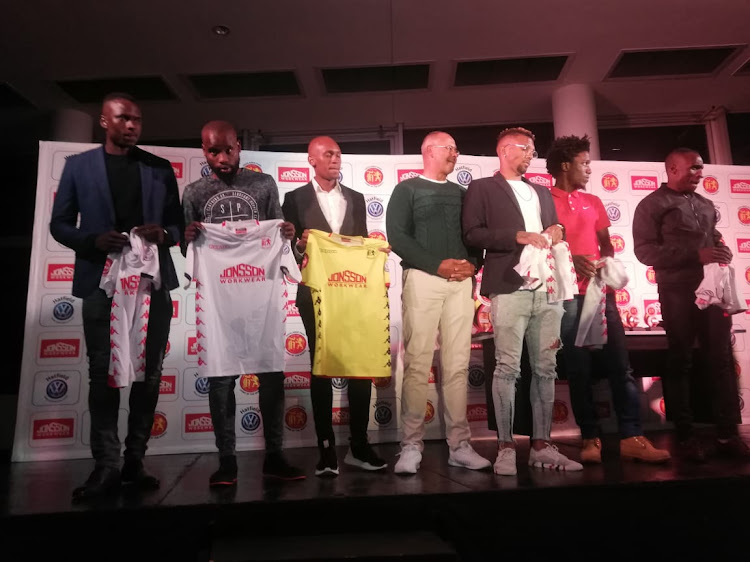 Highlands Park have made a huge statement ahead of the new season with the signing of quality players in all departments.

The Lions of the North unveiled six players during a glamorous player awards ceremony in Sandton on Tuesday night.

Rodney Ramagalela headlined the new signings that were unveiled with Limbikani Mzava‚ Makhehleni Makhaula‚ Thela Ngobeni‚ Wayne Jooste and Marks Munyai joining the goal ace on the podium as they were paraded to the media‚ the club's sponsors and a sprinkling of cheering fans.

All six players have extensive Absa Premiership experience and will give Highlands a much needed shot in the arm as they bid to improve on their incredible eighth place finish last season.

Mzava and Jooste join from Lamontville Golden Arrows‚ Makhaula from relegated Free State Stars‚ goalkeeper Ngobeni from Mamelodi Sundowns while Munyai and Ramagalela turned out for Black Leopards in the last campaign.

Coach Owen da Gama has managed to cling on to his most prized asset and last season's top goal scorer in Mothobi Mvala.

Mvala was present at the awards ceremony and the midfielder will anchor the Highlands engine room again in the upcoming season.

Highlands director and shareholder Sinky Mnisi was pompous in welcoming the new recruits and declared that anyone who thought Highlands were a selling club would need to have a rethink.

"I think this is indicative that as Highlands Park FC we are a buying club.

"With this quality that we are bringing on board we are showing that we are serious about making our mark in the top flight and achieve great things‚" said Mnisi to loud cheers from the floor.

"We finished in the top eight last season and the only thing we can strive for in the season is to improve on our performance and results.