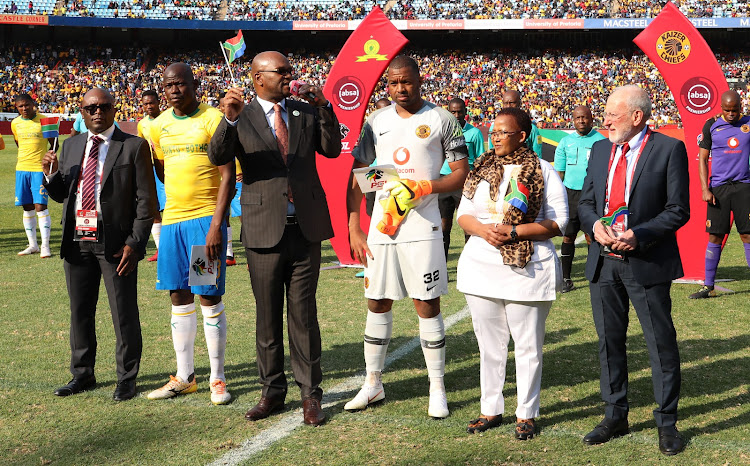 Mthethwa revealed during his budget speech in parliament on Wednesday that he was taking this path as Bafana Bafana's recent performances have left a lot to be desired.

“Football is the biggest sporting code of our country.

"We have seen spectators dying at football events and we have to attend to the challenges plaguing this sporting code in its entirety‚” he said.

“While we accept that teams lose or win‚ it is when there is the absence of fighting spirit in a loss‚ that a country offers nothing than criticism.

"Teams that represent their country as soldiers‚ gets the sympathy of their country men and women‚ who see themselves as one with their teams.

"The overall poor showing of our football teams in their respective World Cups require us to self-reflect and chart an inclusive way forward.”

Recently Amajita disappointed at the Under-20 Fifa World Cup while Banyana Banayana did not fare better at the Fifa Women’s World Cup in France.

SA's Under-17 side finished bottom of their group at the FIFA Under-17 Women's World Cup in Uruguay last year while Bafana Bafana exited the Africa Cup of Nations in Egypt at the quarterfinal stage last week.

Mthethwa said the following would be on he agenda at the Indaba:

- what is holding the growth of football in our country back

- the role that various stakeholders should play

- how best we can support the development of football at grassroots level and at professional level to not only conquer Africa‚ but the world as well.

The Sports Minister said as part of their attempts to address the many problems plaguing the game‚ an investment of R80m would be made on an Olympic training centre in Mangaung.

“We therefore announce that during the current financial year‚ the department will spend over R80m to build phase 1 of the National Training and Olympic Preparatory Centre in Mangaung‚” he said.

“This world class academy will become a key jewel in our crown of sporting excellence.

"It will be built in phases over several years.

"Provinces have committed 10% of their grant to ensure the building of this academy.”