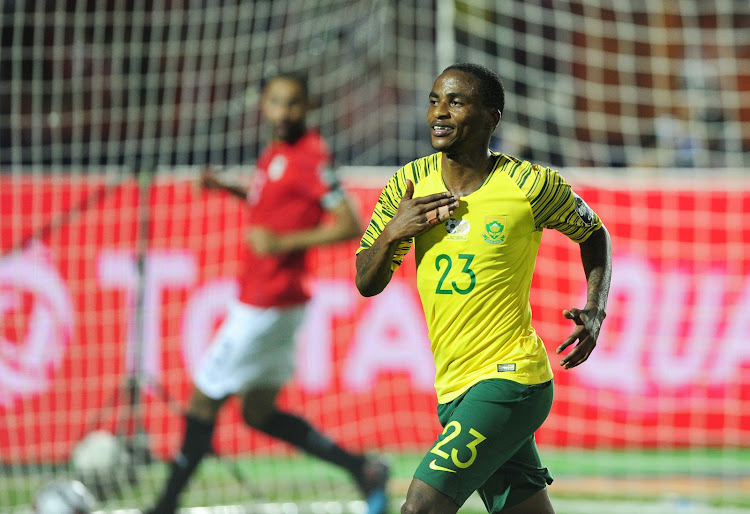 Former Bafana Bafana midfielder John Moeti says national team coach Stuart Baxter failed to protect Thembinkosi Lorch at the Africa Cup of Nations (Afcon) in Egypt and should not have started the emerging star in the crunch quarterfinal showdown against Nigeria two weeks ago.

Lorch had scored the decisive lone strike that knocked out hosts Egypt in a shock result in the previous round and Moeti said the Orlando Pirates star should have been protected in the next game against the Nigerians as he was a marked man.

“After that goal against Egypt‚ the expectations were so high that we expected Lorch to perform miracles‚” said Moeti.

“As a responsible coach (Baxter)‚ a player like that who has just come in and did what was unexpected at a certain level .... you protect him.

“And I know that the fans at home would not have understood (the decision to) start him on the bench against Nigeria. We would be crying foul because he scored against Egypt.

“But it automatically doesn’t mean that as a coach you just continue to throw him in (the deep end). You could see that he’s still establishing himself in the national team."

Moeti‚ who played 29 games for the Bafana as a combative midfielder in the national side that eventually won the Afcon on home in 1996‚ said Baxter should have shielded Lorch from the pressure and started him on the bench.

The Briton received a considerable bout of criticism from former players‚ commentators‚ fans and media when he didn’t play SA’s Footballer of the Season in Bafana's Group D matches against Ivory Coast‚ Morocco and Namibia.

Bafana lost against Morocco and Ivory Coast but beat the Namibians 1-0 to qualify as one of the four best third-placed teams in the group stages.

The Pirates attacking winger justified his selection by scoring the all-important goal that dumped overwhelming tournament favourites Egypt out of their own event.

Moeti said Baxter should have resisted the urge to start with him in the next match against Nigeria's Super Eagles.

South Africa will begin qualification for the next Africa Cup of Nations (Afcon) away in Ghana against the Black Stars in what should be their ...
Sport
2 years ago

“Putting him on the bench‚ you’re protecting him‚" Moeti said.

"You are countering the expectations that have been raised.

“I think unduly so‚ because he scored one goal therefore we expect him against Nigeria and to be in the team.

"And you know what we expect from him when he’s in that team‚ we are expecting him to score.”