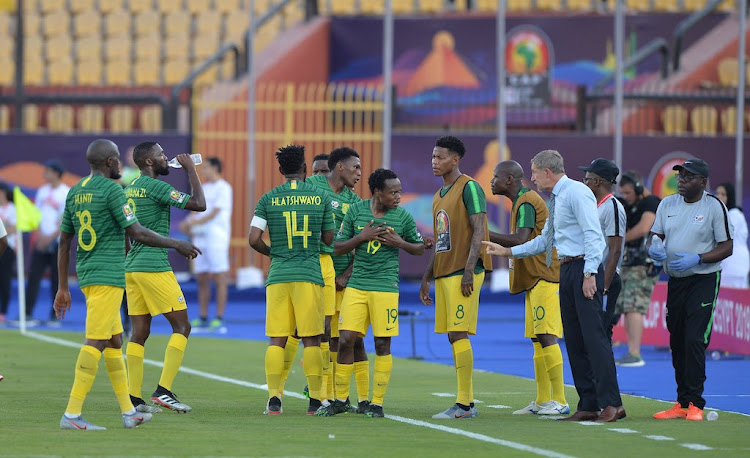 South Africa will begin qualification for the next Africa Cup of Nations (Afcon) away in Ghana against the Black Stars in what should be their toughest match in Group C‚ according to the programme that was issued on Wednesday by the Confederation of African Football (Caf).

It is the same start for Bafana Bafana as when they took on Nigeria in the 2019 qualifiers and the team will be looking for a result similar to their shock 2-0 win in Uyo‚ which put them on the path to a place at the finals in Egypt.

Again for the 2021 Afcon finals in Cameroon‚ the top two sides in the qualifying group go through.

Ghana are the top seeds with Bafana second‚ Sudan third and the winner of an October play-off two-legged tie between Mauritius or Sao Tome e Principe the bottom seeds.

The 2021 AFCON tournament will take place in Cameroon. pic.twitter.com/Qgd62Qqy9A

South Africa travel to Accra in November and then play Sudan at home in their second qualifier four days later‚ having to rush back from Ghana for the game.

They also have two qualifiers in a matter of days against one of the island nations.

South Africa were in a similar situation against the Seychelles in the last qualifiers but almost bottled it after winning 6-0 at home when they proved unable to score away and dropped vital points.

The last two games in the group well be at the end of 2020 with Ghana at home followed by a last qualifier away in the Sudan‚ by which time they hope to have their place at the finals in Cameroon confirmed.

Benni McCarthy flying back to his home in Scotland

Benni McCarthy could miss the opening match of the new season for Cape Town City because he is flying back to his home in Scotland to be present for ...
Sport
2 years ago