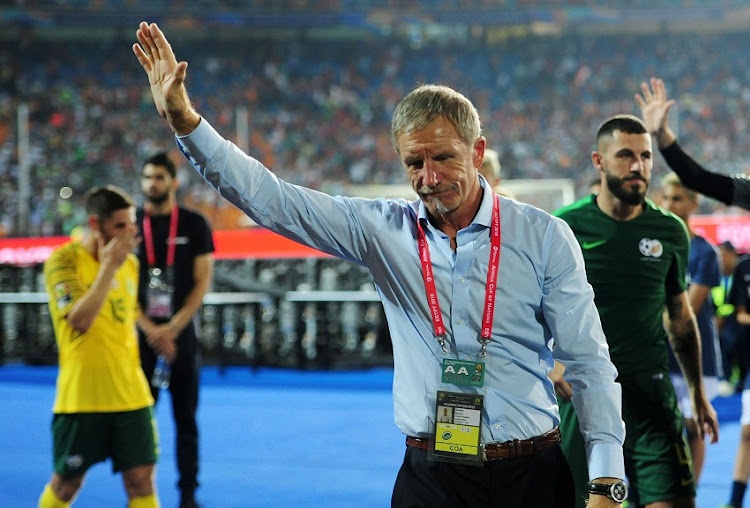 Mlungisi “Professor” Ngubane says “there is something wrong” with the criteria that national team coach Stuart Baxter uses to select players.

The forthright SA soccer legend‚ who also called for regime change at the SA Football Association (Safa) under the leadership of Danny Jordaan‚ questioned the presence of some players who managed to board the plane to the Africa Cup of Nations in Egypt last month.

“There are players who were not playing for their clubs‚ who were injured‚ but they got selected. There are so many things‚” said the tough-talking Ngubane without mentioning names.

“We have the right players (that deserved to be called up to Bafana) but it looks like we beg other players to come and play for the national team and there‘s no need for that.”

Bafana crashed out of the Afcon finals at the quarterfinal stage after a 1-0 defeat to Nigeria.

The 63-year-old Ngubane‚ who has coached extensively at club level and had stints in neighbouring Eswatini and Namibia‚ said Baxter needs to cast his net wider when selecting the team.

He suggested that the Briton needs to be assisted by a panel when making selections.

“We must have people who are going to select‚ not one person‚" he said. “We have players who have done well for Cape Town City last season but were not selected.

“There are players who did very well for Baroka‚ not because I’m working in Polokwane at the moment.

“At Polokwane City‚ you can’t ‘tell me they don’t even have one player good enough for Bafana‚ but they finished in position five on the log. It is not possible.

“There’s something wrong. The selection criterion is not right‚” said Ngubane.

Ngubane said the state of football in the country leaves a lot to be desired and he blamed the Safa leadership for Bafana's problems.

He accused the mother body of failing the local game.

“When we talk about South Africa (on the continent) we are talking about a country that has all the resources that you can think of‚" he said. “But Uganda was better than us at Afcon and we are far better than Uganda in terms of resources available to us.

"So these countries they bring people who have experience in playing and coaching. We don’t have that at Bafana.”