POLL | Do you take the Carling Black Label Cup seriously? 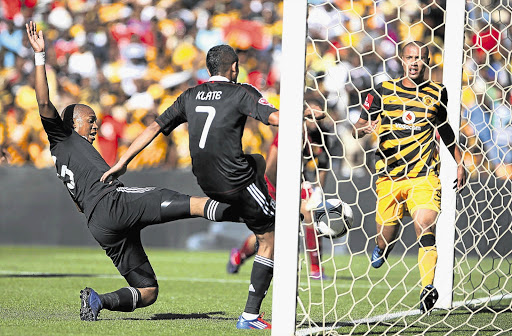 Orlando Pirates and Kaizer Chiefs go head-to-head on Saturday in what promises to be another electrifying derby.
Image: Simon Mathebula

The pre-season game has been criticised for the introduction of social media and "rugby-style" yellow-card timeouts, with many saying the match is a gimmick.

TimesLIVE reported that this year’s derby will introduce even more innovations, as fans are given an opportunity to interact more with the game through technology.

The game will enable fans to have more control over what happens during the 90 minutes of play and will also be given the opportunity to vote for six "game-changer" options, over which they will have sway.

This year’s Carling Black Label Cup will introduce even more innovations as fans have been given an opportunity to interact more in the game through ...
Sport
1 year ago

So, will you be watching the game?

Who won the battle of the kits: Is it Chiefs‚ Pirates or Sundowns?

Battling Kaizer Chiefs have been accused of trying to hypnotise opponents with their busy‚ striped new jersey for the 2019-20 season‚ while Orlando ...
Sport
1 year ago

Kaizer Chiefs’ failure to qualify for the MTN8 means they will have some breathing space at the beginning of the 2019/20 Premier Soccer League ...
Sport
1 year ago
Next Article