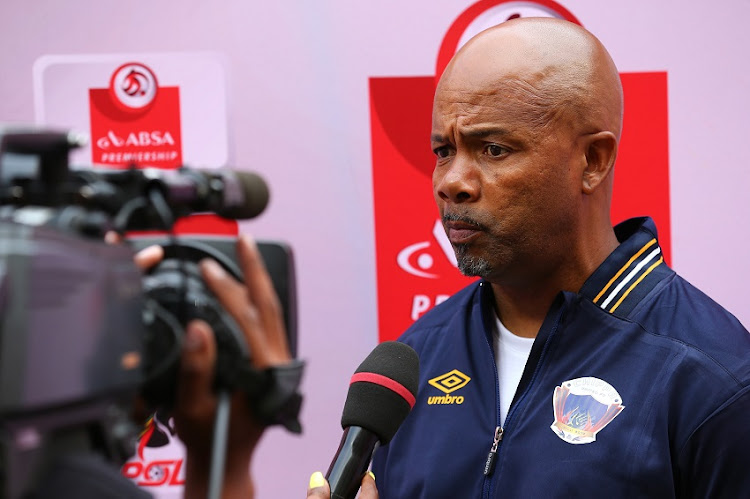 Former Bafana Bafana midfielder Teboho Moloi says Stuart Baxter should have had the core of Mamelodi Sundowns’ players as a Plan B at the Africa Cup of Nations in Egypt.

Bafana were knocked out in the quarterfinal stage by bitter rivals Nigeria and Moloi said the experience that Sundowns’ players in the Bafana squad possessed from competing in Caf competitions could have been beneficial to the team at the tournament.

“I feel that the team should have been built around Sundowns’ players for a Plan B‚” said the former Orlando Pirates assistant-coach.

“I know that maybe they did not plan or practise for that but you have Percy [Tau]‚ Hlompho [Kekana] ‚ Tiyani [Mabunda]‚ Themba [Zwane]‚ Bongani [Zungu] and Lebohang [Maboe] who have played Champions League football.

“With the exception of Lebohang‚ those players have won the Champions League with a ‘false nine’ [no centre-forward].”

Moloi added when his Plan A backfired‚ Baxter should have considered dropping Lebogang Mothiba‚ and playing with a false No 9.

“I don’t think it could have gone wrong because those Sundowns players have won the Champions League with that system. They could easily have been there when things where not going right‚” Pirates playing legend Moloi said.

“If things don’t go your way‚ you pull off Mothiba and play someone like Maboe or even Thulani Serero who also understands the role of the false nine.

“That is what I think he should have done‚ drop Lebo Mothiba and play a false nine. They way my generation was coached‚ there are things that we never practiced at training but the coach will allow us to take the lead and sometimes that is how we got the results.”

“My other gripe is that he [Baxter] limited himself by not having a bigger pool in his technical team‚ especially coaches who have been involved in Caf competitions. He needed to have a pool of coaches like Roger De Sa.

“For me‚ the path that Pirates took to the final [in the 2013 Champions League] a few years ago when Roger was in charge was one of the most difficult for any team.

“He should have had bigger pool like Clive Barker did in 1996 where he had the likes of Jomo Sono and Bra Phil [Setshedi] around him.

“At the moment‚ you have coaches like Cavin Johnson‚ De Sa‚ Eric Tinkler‚ Pitso Mosimane‚ Steve Komphela‚ and I can guarantee that had he took a bigger pool |we will be talking a different story.”