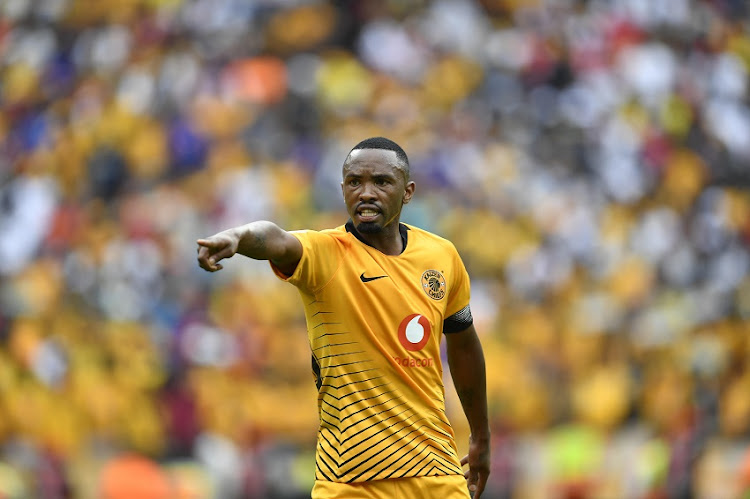 Kaizer Chiefs’ veteran striker Bernard Parker has thanked club supporters for showing faith in him despite a lot of people thinking he’s past his sell-by date on the field of play.

The 33-year-old is in the Amakhosi starting line-up to face nemesis Orlando Pirates in the Carling Black Label Cup preseason friendly at the FNB Stadium at 3pm n Saturday having been one of the most voted players by the fans through SMSes and social media.

“There will always be criticism‚” Parker said of those thinking him and Zimbabwean midfielder Willard Katsande are well over the hill now.

“There’s positive criticism and negative criticism. But the negative ones‚ when we’ve been so much‚ so long in the game‚ all the words that have been said are just a kick in the butt you know.

“It’s saying [to the players]‚ ‘Hey‚ pull up your socks‚ you know; you need to push harder and work harder’.

“Honestly‚ as you have seen‚ if you put in the work supporters see that. They can see the passion. They see the effort levels and I’m sure the rest of my teammates are also seeing that.”

I have no problem leaving this job: Bafana coach Stuart Baxter

Beleaguered Stuart Baxter says he is not desperate to continue as coach of Bafana Bafana.
Sport
3 years ago

Parker said he’s experienced enough to be affected by what people say about where his career is supposed to go now.

“As for that [criticism]‚ I’ve been long in the game to take anything personal. [It is] just to take it positive and try and improve as much as I can in a certain way.”

In Saturday’s match‚ Parker‚ who has been at Chiefs since 2011‚ will be partnered by Amakosi’s new striker from Zambia‚ Lazalous Kambole.

The 25-year-old Kambole comes with a good reputation of being a free scoring striker while he was with the Zambian outfit Zesco United.