Undercooked Chiefs, scary Pirates and a Mystery of a Missing Maluleka in the Beer Cup 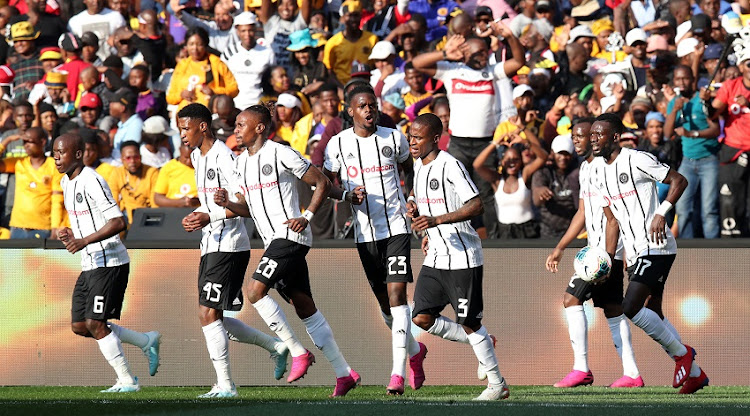 Thembinkosi Lorch of Orlando Pirates celebrates goal with teammates during the 2019 Carling Black Label Cup match between Kaizer Chiefs and orlando Pirates at the FNB Stadium, Johannesburg on the 27 July 2019.
Image: ©Muzi Ntombela/BackpagePix

That, and the presence of Khama Billiat, reported to be asking his old club Mamelodi Sundowns for a return and apparently seeking a way out of Chiefs after just a year, provided the intrigue of an Agatha Christie mystery novel.

A third aspect was how, even given the flawed nature of this match, Chiefs looked immensely undercooked in the first half, though did improve in the second.

This corporately-hijacked, or sold, gimmick of a “Soweto Derby” sees fans voting in starting line-ups. It needs innovations each year to appease the sponsors’ insatiable appetite for maximum exposure through supporter interaction.

The legions of Amakhosi and Buccaneer faithful, hungry after the starvation of an off-season, annually pack FNB for a game that resembles a 1960s Chinese ping-pong friendship tour exhibition match-up.

But each year the innovations – this edition added a 55th-minute substitution voted by the fans, or something like that – take this further from being a real football game.

Still, though, the masses lap it up, so who are we to be beer grinches?

On Saturday, Maluleka, voted into the starting XI, and who had given media interviews in perfectly good health on Wednesday, was no longer on the team sheet having apparently contracted a mystery ailment.

Chiefs coach Ernst Middendorp, who had complained about not having had a defensive midfielder put in his starting line-up by the supporter-coach, now had Willard Katsande to battle in the central midfield.

Billiat started. How much can be read into that? The fans had spoken. It remains to be seen if he will remain in that frontline still dressed in gold, or continue seeking a visa to the Yellow Nation.

Augustine Mulenga in the 18th minute and Thembinkosi Lorch with a scorcher from range in the 30th scored the goals.