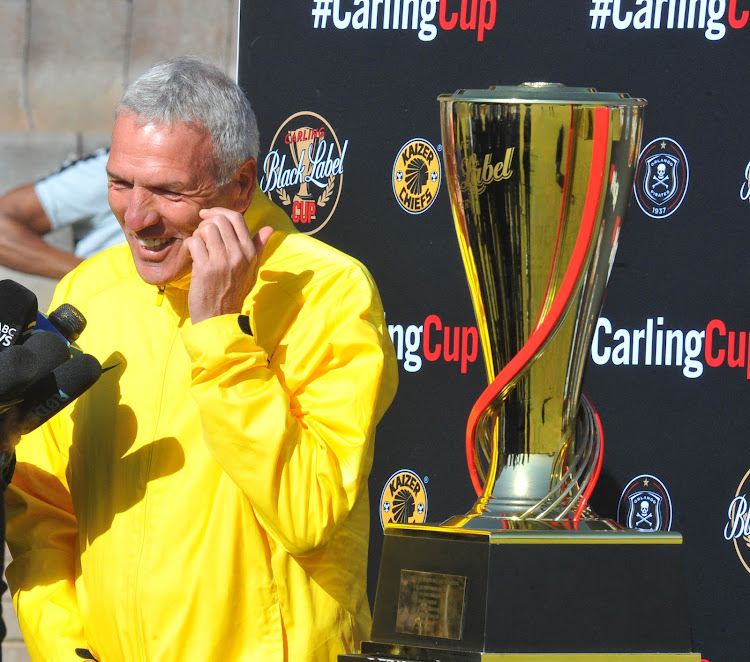 Itumeleng Khune is expected to make a return to action between the posts for Kaizer Chiefs within a month‚ Amakhosi coach Ernst Middendorp has said.

Bafana Bafana No 1 Khune has been out injured since needing shoulder surgery in December last year.

Middendorp said‚ after his team’s 2-0 Carling Black Label Cup preseason defeat against Orlando Pirates on Saturday at FNB Stadium‚ that his medical team have informed him the goalkeeper will make a return next month.

“We have been very clear‚ and the medical side confirmed it two days ago‚ that ‘Itu’ will definitely be available for selection in August‚” Middendorp said.

“We have to look now how far from the training side he is and where we can bring him into the area where he feels comfortable. We have to prepare.

“And this is a decision along with an experienced goalkeeper at this level‚ and in cooperation with goalkeeper-coach Lee Baxter. We have to decide – will he be available in two weeks‚ three weeks?

“But definitely I’m quite sure it looks very good. I was very impressed with his outstanding contribution during our preseason camp – on the field‚ off the field.

“And I’m very happy that he can be part of the team regularly soon.”

Amakhosi have not won a trophy in four years‚ and finished a hugely disappointing ninth in the league last season.