New PSL season: Does Tinkler have enough ammunition at Maritzburg? 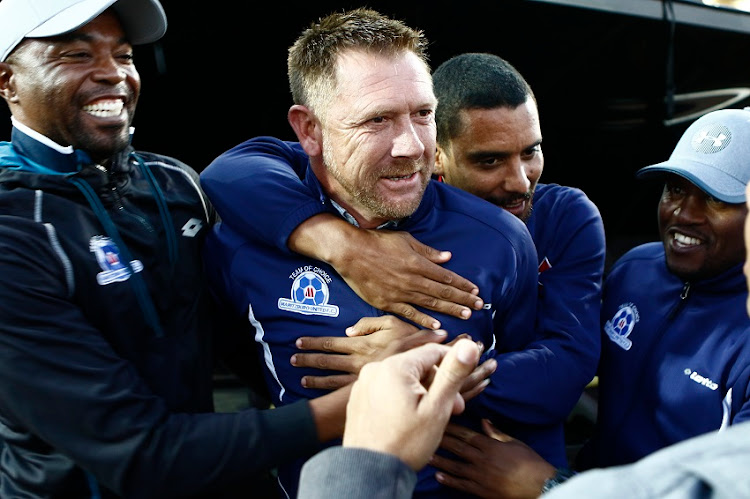 Maritzburg United will hope to have turned the corner after a strong finish to 2018-19 saw them produce‚ if not quite the great escape‚ certainly an impressive run of form to ease to relegation safety via the playoffs.

It would be unrealistic to suggest Maritzburg will go from relegation candidates to top five contenders‚ especially having lost two of their star names in Siphesihle Ndlovu and Fortune Makaringe to Orlando Pirates.

But with coach Eric Tinkler at the helm‚ they should not be embroiled in another relegation battle and are likely to be somewhere close to the top half. They need to get their grove back at the Harry Gwala Stadium though.

It is hard to know what to make of Maritzburg’s signings. There is PSL experience in midfielders Thamsanqa Sangweni and Phumlani Ntshangase‚ the return of defender Kwanda Mngonyama‚ and another chance to kick-start his career for former Bafana Bafana playmaker Daylon Claasen.

But what of their foreign signings? Zimbabwean Gabriel Nyoni looks like he may take some time to settle‚ but New Zealand fullback Dan Morgan has been prominent in preseason.

Who knows what to expect from Solomon Islands forward Micah Lea’alafa.

Tinkler is meticulous in his planning for matches and leaves no stone unturned when it comes to planning for the opposition. He generally likes his sides to be compact and soak up the pressure‚ before hitting teams hard on the counterattack.

Whether he truly has the personnel to do that at Maritzburg remains to be seen. Maritzburg only scored six goals from their first 18 games of last season‚ but then managed 16 in the next 12 under Tinkler. He got them playing a better brand of attacking football.

Maritzburg have a comparatively gentle opening to the new season‚ starting away at Lamontville Golden Arrows on Sunday‚ before matches against Highlands Park (home)‚ newly-promoted Stellenbosch FC (away) and Black Leopards (home). No games are easy in this league‚ but that is about the best they could have hoped for.

Their season also generally follows the strange pattern of two home games in a row followed by consecutive matches on the road‚ and ends with three of their last five games at the Harry Gwala‚ though these are against Mamelodj Sundowns‚ Bidvest Wits and Orlando Pirates. Their final match is away at Bloemfontein Celtic.