Chiefs coach Middendorp: 'If the club has an idea to bring in Stuart Baxter‚ they should do it‚ thank you' 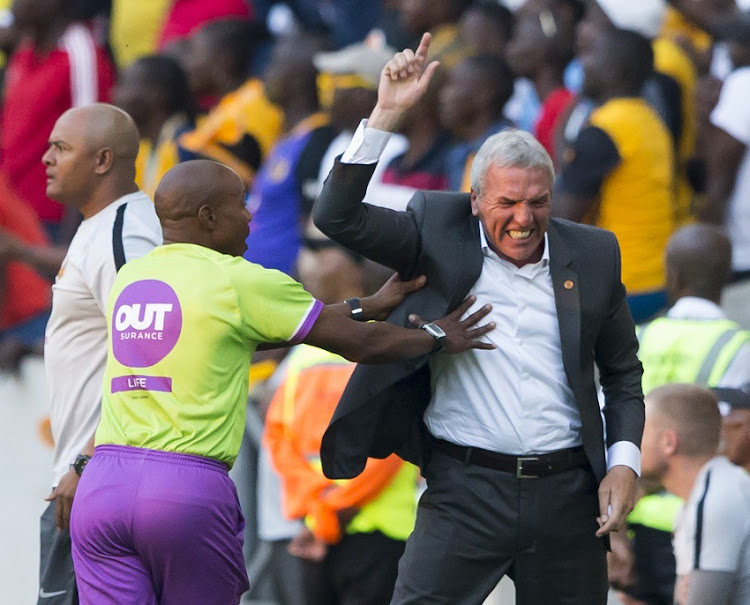 Baxter quit the national team a few days ago and has been linked with a return to a job he left in 2015.

“If the club has an idea to bring in Stuart Baxter‚ they should do it‚ thank you‚” the German angrily replied before storming off his post-match media briefing.

Chiefs got their season off to a good start on Sunday‚ beating a spirited Highlands Park 3-2 in Tembisa in a five-goal Absa Premiership thriller.

“I think we had a good start.

"A goal came early and that is what we were looking for‚” said Middendorp before the Baxter question was asked.

“It is a fully deserved win for us but I think that there is still a huge amount of improvement needed despite winning‚" said Middendorp after a double from Lebogana Manyama and Eric Mathoho’s deflected thunderbolt gave Amakhosi the perfect start to the season.

Strikers Rodney Ramagalela and Peter Shalulile scored a goal each for Highlands‚ who momentarily led in the second period before Chiefs came storming back.

Chiefs scored an early goal through Manyama but after Ramagalela equalised‚ they looked rattled and only fully started to stamp their authority on the match as the second half progressed.

“As I said before the character‚ the attitude and the competitiveness inside this team has to change and I think we have seen in the second half what is possible if you are competitive and you are fighting for the midfield and if you use your capacity to play soccer‚” said Middendorp.

Eric Mathoho’s deflected shot late in the match sent the 10,000 strong crowd into raptures at Makhulong Stadium as Kaizer Chiefs won a five-goal ...
Sport
3 years ago

The 60-year-old mentor warned that a lot of teams will find it hard to win against Highlands at their compact Makhulong Stadium.

“I think a lot of teams will have to do the hard work here to take the three points that’s for sure‚" he said.

"It’s a good team with a good fighting spirit and they have the capacity to make it dangerous for you.”

There was pressure on Chiefs to start on a winning note after champions Mamelodi Sundowns and rivals Orlando Pirates got off to flying starts the previous day and they delivered.

“We have a good start.

"We now have three points and we go to Durban for our home game‚” said Middendorp.