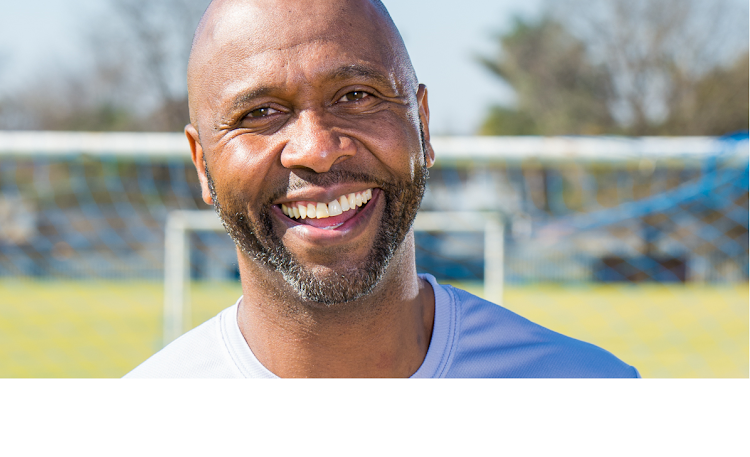 Parents in the UK still honour Lucas Radebe by naming their children after him.
Image: Supplied/ Disney

In Leeds, footballer Lucas Radebe is so popular that even now, 14 years after he left the UK club, fans are still naming their children after him.

Radebe was astonished this week after fan George Bull posted a picture of himself and his newborn baby on Twitter, announcing he was naming his child after Radebe, also known as "The Chief" in Yorkshire.

"Wow, brilliant hope all is well," the star responded.

Bull's tweet prompted several other people to share pictures of their sons, whom they, too, had named after Radebe.

Liam Anderson posted a picture his 14-year-old son, who was born the same year Radebe retired from the club. Responding to the tweet, Radebe said he hoped to meet the teen in person soon.

This is Lucas names after the chief @LucasRadebe born the same year Lucas retired #MOT#LUFC💙💛💙💛 pic.twitter.com/AMP6VfShDs

Radebe captained Bafana Bafana several times‚ including during two World Cups‚ and was the first African to skipper a British top-flight club. He was bought by Leeds United for £250,000 from Kaizer Chiefs. He earned a testimonial at Elland Road stadium after more than a decade of service. Career-long knee injuries eventually forced him to retire.

Despite his success in the sport, just last year he lost a bid to run for South African Football Association (Safa) president, reported TimesLIVE.

The support shown to Radebe from UK fans left some users questioning whether South Africans appreciated him enough. "I am jealous, it seems like English people appreciate Lucas Radebe more than us South Africans," tweeted Chris Mayimele.

This must be humbling Rhoo, you really are a legend and we as the country are proud of you

This is my Lucas. pic.twitter.com/t0c6WIBXRI

The incumbent Bafana Bafana coach was not even on shortlist

Four foreigners and one South African formed the five-man list of prospective candidates for the vacant Bafana Bafana job following the firing of ...
Sport
3 years ago

Kaizer Chiefs’ poor run of late means even those who are supposed to back them to beat TS Galaxy and win the Nedbank Cup in Saturday’s final at Moses ...
Sport
3 years ago