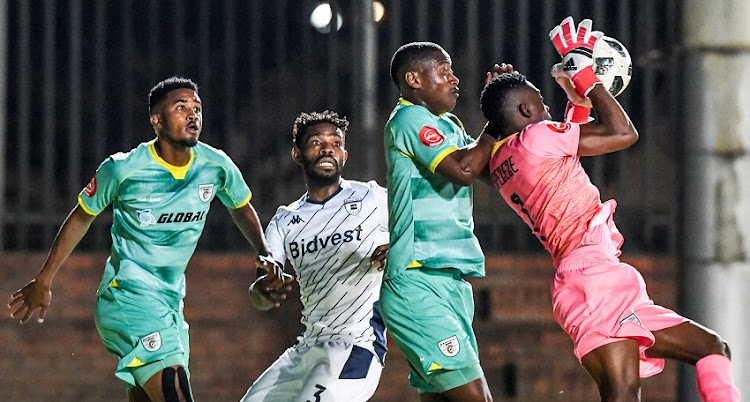 The start to 2019-20 has mimicked an all-too familiar pattern at this embryonic stage for Bidvest Wits, as they followed up their opening 3-0 Absa Premiership win against AmaZulu in Durban on Saturday with Tuesday night’s 1-0 defeat at Bidvest Stadium to Baroka FC.

Another season for Wits, and seemingly coach Gavin Hunt is still trying to solve the mystery of why his team cannot win at home.

The Clever Boys improved in shape and forcefulness in the second 45 minutes, but were chasing the game and could not capitalise on the chances they muscled out against the determined defending of Baroka.

Hunt retained the XI who had beaten AmaZulu in the Students’ opener at King Zwelithini Stadium.

Baroka coach Wedson Nyirenda sat in the stands as he awaits his work permit, with assistant Thoka Matsimela in charge from the bench.

Bakgaga made three changes from their 2-2 home draw against Cape Town City, where they fought back from 2-0 down.

The first half was scrappily fought out. Wits looked dangerous in the early stages of their counterattacks, but these petered out lacking a clinical end product.

With six minutes to the break a clearing downward header in his direction was handled by Wits midfielder Thabang Monare, who was centimetres inside the area, and referee Tshidiso Maruping should have awarded a penalty.

Instead he gave a free-kick, to the protests of the Baroka players and bench.

Justice prevailed, though, as ex-Clever Boy forward Phiri curled a shot over the wall that beat goalkeeper Brandon Petersen too easily at his near post.

Wits, of course, came out pushing for an equaliser as Hunt replaced Monare and Terence Dzvukumanja with Haashim Domingo and Gift Motupa from the break.

Baroka midfielder Mduduzi Mdantsane had a run down the middle and smacked a drive at Petersen.

Mamelodi Sundowns are chartering a plane to take them into the heart of the Congo later this week as they prepare to begin a bid to add another Caf ...
Sport
3 years ago

From a corner, new Wits right-back Zitha Macheke’s shot blazed a foot over.

Doutie took the ball off centreback Vusi Sibiya in Baroka’s half and ran through, Chipezeze spreading himself for a fine save.