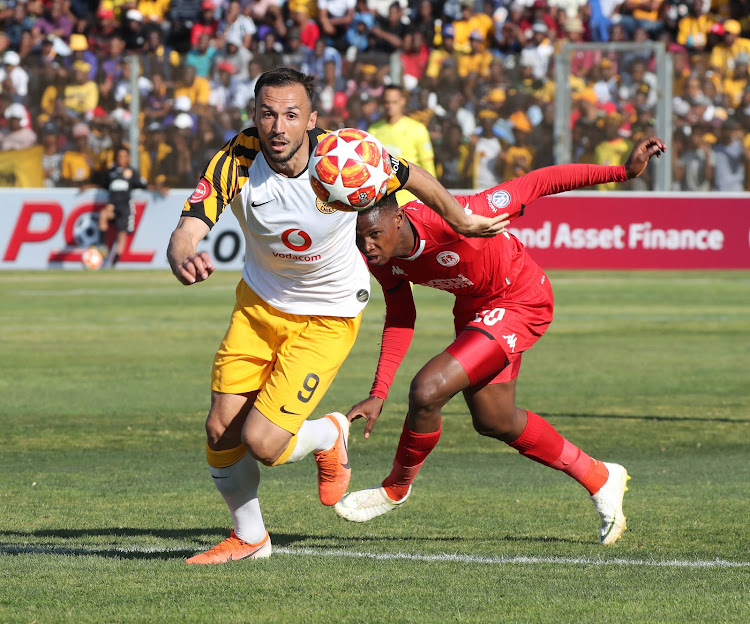 Injuries to Khama Billiat and Leonardo Castro kept both from playing in Kaizer Chiefs’ opening game of the season on Sunday and could again stymie their chances of playing in Durban on Saturday‚ offering newcomer Samir Nurkovic another chance to impress.

Billiat was hurt in the Carling Black Label Cup against Orlando Pirates at Soccer city at the end of the month while Castro suffered an ankle injury in training last Friday‚ just 48 hours before Chiefs took on Highlands Park at Tembisa’s Makhulong Stadium.

That opened the door for Nurkovic to make his debut and although he did not score as Chiefs came from behind to win 3-2 win‚ the Serbian marked himself out as player that the usually fickle supporters might well take to.

Ernst Middendorp was vague when asked about the absence of Khama Billiat from even Kaizer Chiefs’ bench in their 3-2 opening Absa Premiership win ...
Sport
2 years ago

Ernst Middendorp has praised his frontline players as Kaizer Chiefs got their season off to a winning start and said Amakhosi will look to play more ...
Sport
2 years ago

Nurkovic is one of four foreign signings that the Soweto club have made in their bid to return to glory days and he had a workman-like debut performance that holds out high hopes for his new team‚ despite initial skepticism about signing a player from the second division in Slovakia and whether he might just be a journeyman.

The 27-year-old set up Lebohang Manyama’s second goal and showed many touches that had fans purring with pleasure.

Nurkovic‚ who scored 27 goals last season at Kornamo‚ is expected to lead the line again on Saturday night when Chiefs host Black Leopards at Durban’s Moses Mabhida Stadium in their second league game of the season.