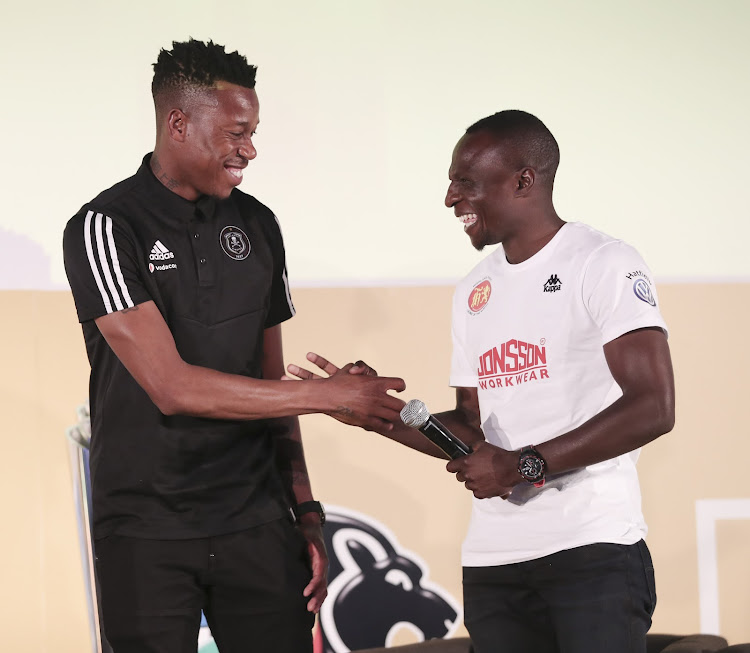 The 30-year-old striker was unleashed on Chiefs and scored in his first match for his new club as Highlands went down 3-2 in an action-packed five-goal thriller at Tembisa’s Makhulong Stadium on Sunday.

“I told Chiefs [before the match] that‚ ‘Watch out‚ Ramagalela is there’. I told them‚” Da Gama said.

The former Polokwane City hitman looked sharp and was full of energy despite playing in only his first competitive match since January 5‚ although he did appear to struggle towards the end of the game.

Injuries to Khama Billiat and Leonardo Castro kept both from playing in Kaizer Chiefs’ opening game of the season on Sunday and could again stymie ...
Sport
3 years ago

“Ramagalela started tiring. I think we have to manage him very well. As you know the entire second half of last season he didn’t play. So we will keep on believing in him‚” Da Gama said.

“I’m very proud of the performance. To lose a match with a deflected goal is not that nice‚” Da Gama said.

“I think we created enough chances to at least get a point. We could have even won this game.”

Highlands had a woeful start conceding an early goal to Lebogang Manyama but recovered to equalise through Shalulile going into the half-time break.

Kaizer Chiefs might be on a quest to reclaim their former glory but Jabu Mahlangu is not convinced and has boldly predicted that his erstwhile side ...
Sport
3 years ago

Ramagalela gave Highlands the lead early in the second half only to allow Manyama to make it 2-2 to complete his brace shortly after.

Chiefs needed Eric Mathoho’s deflected thunderbolt late in the second half to seal the victory.

“I think the inexperience crept in again. When we scored the second goal the guys started to relax and we told them that if you get the second goal you have got to make sure that you consolidate.

“We had opportunities to score more goals but I was just happy with the brand of football that we played.

Ernst Middendorp was vague when asked about the absence of Khama Billiat from even Kaizer Chiefs’ bench in their 3-2 opening Absa Premiership win ...
Sport
3 years ago

“We kept possession‚ we exposed their defence on numerous occasions. But in saying that‚ once they got back and got their second goal‚ that lifted them and we were on the back foot.

“But we live to fight for another day. I just believe that we will get better as the season goes‚” Da Gama said.

Highlands travel to the intimidating Harry Gwala Stadium in Pietermaritzburg to face off against Maritzburg United in their second PSL match on Friday (kickoff 8pm).

“Maritzburg have done very well. Eric Tinkler has done very well to keep them in the league. So it is going to be a very interesting game‚” said Da Gama.