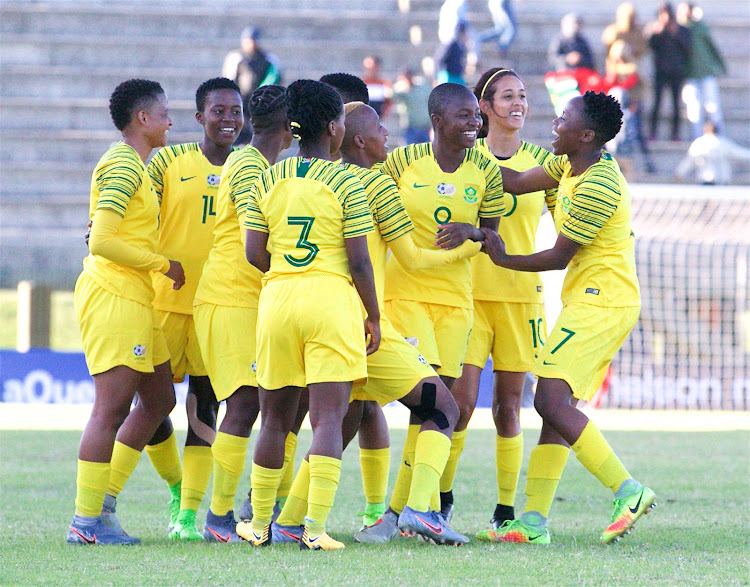 Amanda Mthandi scored a superb goal as Banyana Banyana eased into the final of the 2019 Cosafa Women’s Championship with a 3-1 victory over old foes Zimbabwe at the Wolfson Stadium in Nelson Mandela Bay on Sunday.

Chasing a hat-trick of titles in the regional competition‚ Banyana will now face Zambia in the decider at the same venue on Sunday.

Mthandi scored a brilliant winner in first half injury-time though and Busiswe Ndimeni added a third as the South African side missing their overseas-based players proved too strong for the Mighty Warriors.

Injuries to Khama Billiat and Leonardo Castro kept both from playing in Kaizer Chiefs’ opening game of the season on Sunday and could again stymie ...
Sport
2 years ago

Mthandi had an excellent chance to open the scoring early on when she got between Zimbabwe goalkeeper Chido Dzingirai and the defenders‚ but put her shot agonisingly wide of the post.

The home side did have the lead on 18 minutes though as midfielder Mamello Makhabane delivered a perfect free-kick and Mbane rose highest and headed into the back of the net with a pin-point effort.

The sizeable crowd enjoyed the moment‚ but their joy was short-lived as Zimbabwe hit back three minutes later.

A long throw into the box was not dealt with by the Banyana defence and when Rudo Neshamba fed Chirandu eight yards from goal‚ the latter had the simple task of firing into the net.

Baroka FC and their assistant coach Thoka Matsimela are set to face the Premier Soccer League (PSL) disciplinary committee after failing to attend ...
Sport
2 years ago

Ndimeni had a chance to restore South Africa’s lead‚ but fired over the crossbar when she should have hit the target.

But the lead was restored on the stroke of halftime as Mthandi won the ball in midfield and then produced a 35-yard chip over the head of a stranded Dzingirai‚ who had advanced too far out of her goal.

It was a magical moment for the forward‚ who took her tally for the tournament to five.

Owen da Gama is ready to take over the Bafana Bafana coaching job and will happily accept it if the South African Football Association (Safa) asks ...
Sport
2 years ago

Ndimeni added the insurance goal with 10 minutes remaining when another set-piece was floated into the box and the Banyana star produced a superb header to beat Dzingirai.

Zambia beat Botswana 4-0 in their semi-final to book their place in the decider with star striker Rachel Nachula scoring twice to take her tally for the competition to 10.

Earlier‚ South Africa were surprisingly beaten 2-0 by East African guest nation Tanzania in the semifinals of the Cosafa Women’s Under-20 Championship and will now play Zimbabwe in the bronze-medal match on Saturday.