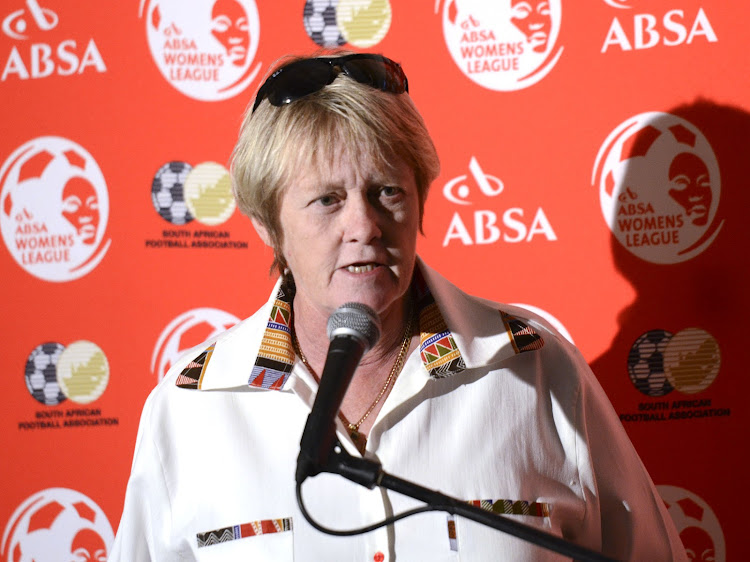 Former Banyana Banyana coach Fran Hilton-Smith says the senior national team will have become a force to be reckoned with by the time the next Fifa Women's World Cup is held in 2023.

Banyana disappointed at their maiden World Cup in France a few weeks ago after defeats to Germany‚ Spain and China in the tournament group stages but Hilton-Smith - who started coaching in the early 90s after she starred for Eastern Transvaal as a left winger in her youth - expects great things from the side in four years time.

She said the mooted national women's league that is to be launched this year would have a profound impact on the game in the SA.

“Reaching the World Cup for the first time in France was a fantastic achievement by the girls and I think that in 2023 we will be a force to be reckoned with‚” said Hilton-Smith.

Amanda Mthandi scored a superb goal as Banyana Banyana eased into the final of the 2019 COSAFA Women’s Championship with a 3-1 victory over old foes ...
Sport
3 years ago

“It was a pinnacle moment for women’s football in the country and on a personal note‚ it was fulfilling because I have been working towards that for more than 25 years.

"Already we have a number of players who are playing in top leagues around the world and I truly believe that the National Women’s League will have a massive impact on the game in the country.

"In the build up to the World Cup‚ the girls played against competitive opposition and gratitude must go to Sasol for their support.

“A professional league means that top teams and their players will have the opportunity of playing regularly‚ which is something that does not happen at the moment.

"That will increase the level of competition and professionalise the game in the country‚ and that makes me very excited about the future of the game.”

Banyana braced for ‘final before the final’ against old foe Zimbabwe

Banyana Banyana will face arguably their toughest opponents in the Cosafa Women’s Championship when they play old foe Zimbabwe in their semi-final ...
Sport
3 years ago

Banyana are currently playing at the Cosafa Championships in Port Elizabeth and they have reached Saturday's final after beating Zimbabwe 3-1 on Thursday.

They face Zambia in the final on Sunday and Hilton-Smith said they must use this tournament as preparation for the 2020 Tokyo Olympic qualifiers.

“We have been to the London and Rio Olympics and it would be wonderful to make a return to the games for the third time in a row.

"Focus for Banyana now must be entirely on the forthcoming qualifiers for the Tokyo Games.

"We also have the Under-17 and Under-20 Women’s World Cups on the way where we must also qualify‚” said Hilton-Smith‚ who is the only woman on the Caf Technical Committee.

Injuries to Khama Billiat and Leonardo Castro kept both from playing in Kaizer Chiefs’ opening game of the season on Sunday and could again stymie ...
Sport
3 years ago

Hilton-Smith has attended World Cup regularly over the years - she only missed the first one in 1991 - and was always sad that Banyana were not among the teams she watched in the event.

“I have attended all but one Women’s World Cup and it used to make me feel sad that my country was not there to compete‚" she said.

"Seeing the girls finally make it was a dream come true because me and other people made a huge contribution for 25 years to get the team there.”

The 66-year-old Hilton-Smith said looking back at the journey she has travelled over the years‚ she is proud that 13 players who were part of the programme at the High Performance Centre in Pretoria have graduated with university degrees.

Owen da Gama is ready to take over the Bafana Bafana coaching job and will happily accept it if the South African Football Association (Safa) asks ...
Sport
3 years ago

“We focused on 50/50 split between education and football to create a high level of understanding of how football is evolving in the world‚" she said.

"They will have something to offer the country when they finish playing.”

Though she is retired‚ Hilton-Smith continues to make a contribution to the game and she is currently part of the technical study group at the Cosafa Championship in Port Elizabeth.

“I am part of the Cosafa study group where we will release reports that will help the smaller countries to improve‚” she concluded.