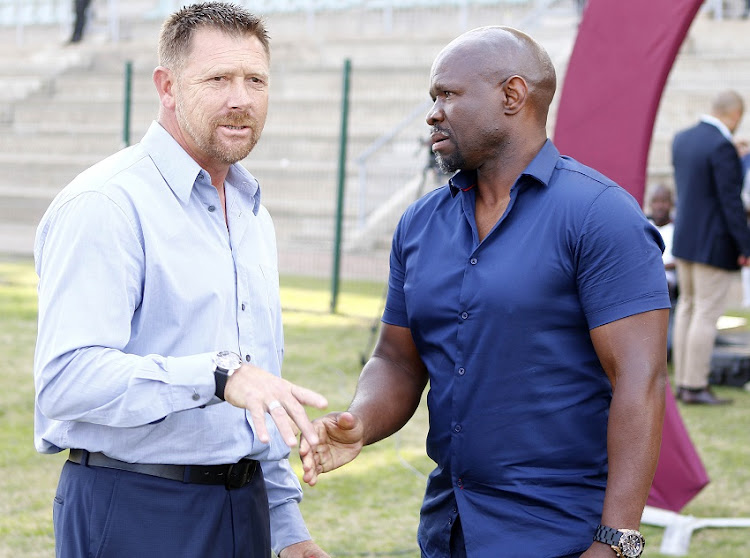 Maritzburg United coach Eric Tinkler feels his squad is too strong this season to suffer the same fate as the last campaign where they teetered on the brink of relegation and only managed to survive in the post-season playoffs.

His confidence comes despite the club letting slip potential victory at the weekend when they allowed Highlands Park to score a last-gasp equaliser for a 1-1 draw in their first home match of the new season at the Harry Gwala Stadium.

“If I look at both our games so far‚ against Golden Arrows and Highlands‚ I think we’ve got a lot of strength‚” said Tinkler‚ whose side lost their 2019-20 opener to their provincial rivals Arrows on the first weekend of the season.

“If I look at my bench‚ I’ve got a lot of options available to me‚ so I see a hell of a lot of positives.

“But we are in the business of results‚ that’s our reality and it’s easy for me for me to talk‚” he added.

“The three points were vital for us against Highlands. It was a home game‚ where you need to pick up your three points‚ especially against teams like Highlands‚ so there is that disappointment.

“But I need to take positives from these two games.”

Maritzburg had five weeks preparation for the new season in contrast to the rest of the top flight clubs who have been through the standard six.

Highlands added an extra week for a total off seven.

The reason is that Maritzburg decided to give their players a minimum of three weeks off after the mentally-draining pressure of competing with the playoffs‚ and dicing with relegation‚ and as a result still have some catching up to do.

“Highlands are always well-conditioned but I felt at times we outran them and that is kudos to my fitness department because that means we’ve had a good pre-season‚” Tinkler said.