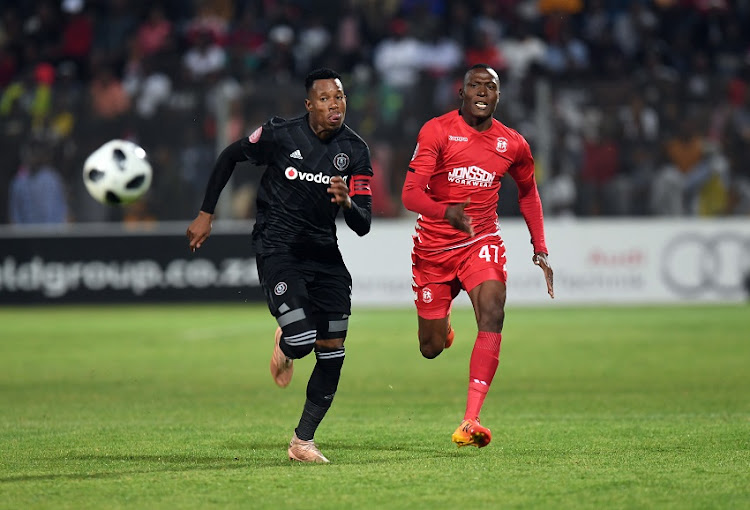 Tendai Ndoro could be the secret weapon that Highlands Park unleash against his former Orlando Pirates club when the two sides meet in the MTN8 at the weekend.

The veteran Zimbabwean is being earmarked as an impact player by coach Owen da Gama this season and the quarter-final tie at the Orlando Stadium in Soweto on Saturday evening would be just the right arena to pull the trigger.

“We realise Ndoro is a very good impact player.

"When he comes on‚ he draws so much attention and he’s lethal. If he gets one chance‚ he’s going to put it away‚” said Da Gama.

This much happened last Friday night and Highlands netted an equaliser through Peter Shalulile three minutes into stoppage time at the end of the league game away against Maritzburg United.

Da Gama said the 34-year-old Ndoro would be a rare starter this season.

“When we brought Ndoro on‚ it drew a little bit of attention. And it allowed Peter Shalulile a bit of freedom‚” he said.

“Teams would plan against him and close shop. We see him as a very‚ very good impact player.

“He proved it last year against (Bloemfontein) Celtic. He scored two winners for us last season.

“He’s a guy on the bench who is also a leader. He can stand up and talk to the players on the field.

“From the bench he can read the situation and see where the weaknesses are. He’s a very intelligent guy.

“Hopefully he’ll help … in fact I’m sure he’ll help us a lot this season‚” the Highlands coach added.

Ndoro scored 23 league and cup goals in two and a half seasons at Pirates after joining them from Mpumalanga Black Aces and was popular with the supporters.

He then went to Saudi Arabia and Ajax Cape Town‚ where the controversy over his registration cost Ajax their top-flight status and caused Ndoro much trauma.

He joined Highlands on a free transfer late last year and got three goals in five starts‚ making a further eight appearances off the bench in the last campaign.