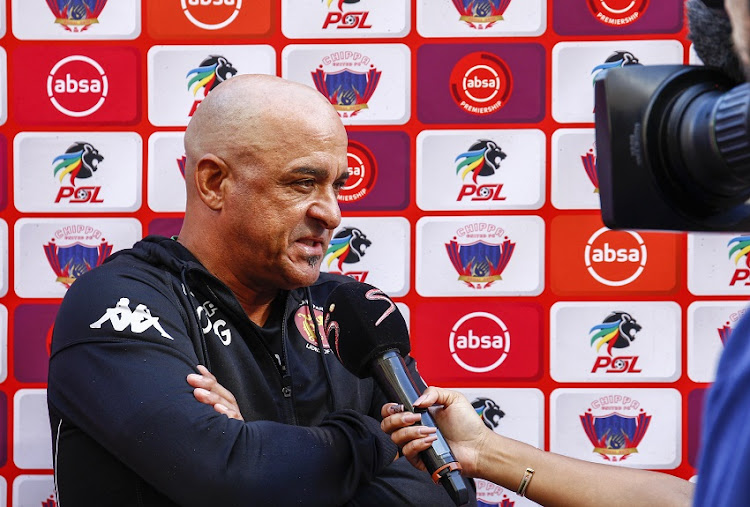 Highlands Park coach Owen da Gama fears a potential backlash from Orlando Pirates when the two sides clash in the MTN8 quarterfinal at Orlando Stadium in Soweto on Saturday.

The Buccaneers were thrashed 3-0 by SuperSport United in the Absa Premiership in Mbombela in Nelspruit on Wednesday evening.

The setback came just four days after they travelled back from Zambia where they were beaten 1-0 by little-known Green Eagles in the preliminary round of the Caf Champions League.

“I think it is going to be very tough for us against Pirates after their loss (to Supersport).

"They will come back much stronger and they will want to actually redeem themselves‚” said Da Gama at the PSL head offices in Parktown on Thursday.

“But we have worked very hard this past week and we have tried to fix up and try improve on our performance against Maritzburg United.

“For us when you play Pirates it is self motivational because you know the players are motivated. They want to do well against Pirates‚ so it is going to be an interesting match.”

Highlands opened their season with a spirited 3-2 home defeat against Kaizer Chiefs and followed that up with a valuable away point in a 1-1 draw against Maritzburg United at the weekend.

They will be eager to register their first win of the season and boost morale with a positive result against Pirates.

Da Gama said the players have trained at a much raised level this week and he is confident that they can stun the Buccaneers and deepen their early season woes.

“It happens all the time that wherever you are coaching or playing when you play against Chiefs‚ Pirates or Sundowns suddenly you just raise the level at training‚” he said.

Da Gama said winning the MTN8 would be a long shot for his team.

He said the priority for the Lions of the North is to retain their top-flight status despite the team’s impressive seventh-place finish last season.

“Its’ just a second season in the PSL and expecting us to win trophies‚ I think is a long haul‚" he said.

"The important factor for us is that we are just happy we could be participating and getting game time.

“Playing against Pirates‚ a big team‚ once again‚ gives us that opportunity to get better within the league situation.

“The cup is a bit of a long haul for us.

"As I said it is our second season.

"We really want to try and do better than last season and the only way we can do that is to focus on the league‚” said Da Gama.

Highlands face a daunting start to the new season as they would have played five matches in August alone.

Their matches against Chiefs and Maritzburg will followed by Pirates (MTN8)‚ Black Leopards away (August 24) before hosting AmaZulu on August 27.