Sundowns have also had big wins against Celtic‚ Mosimane points out 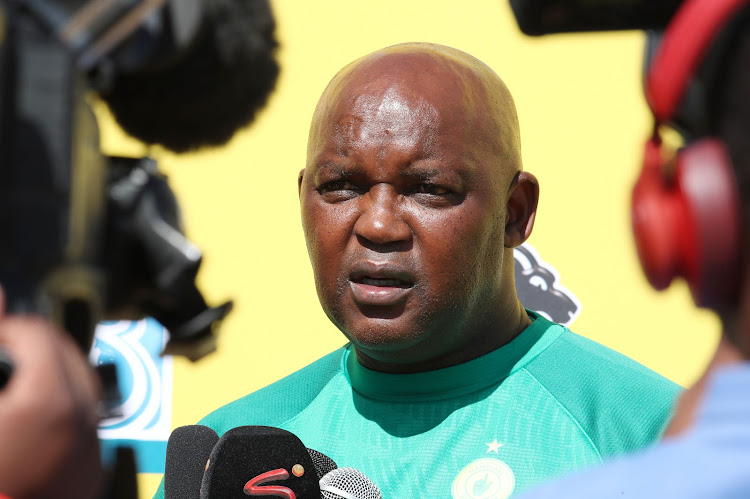 Mamelodi Sundowns coach Pitso Mosimane speaks to the media at the club's training base in Chloorkop on August 16 2019.
Image: Muzi Ntombela/BackpagePix

Mamelodi Sundowns may have had the recent wood over Bloemfontein Celtic‚ but the Free State’s only Premier Soccer League (PSL) side have at times embarrassed Pitso Mosimane and his men.

The 5-0 and 3-1 defeats inflicted by Celtic in 2015 and 2016 were under Mosimane’s watch‚ but the latter league result remains the last time Celtic have beaten Sundowns.

With the teams meeting in an MTN8 quarterfinal on Saturday night at Lucas “Masterpieces” Moripe Stadium (kickoff 8.15pm)‚ Mosimane was quick to point out his side’s recent dominance over their well-supported Bloemfontein rivals.

The last three encounters between the teams may have been goalless draws‚ but Celtic were impressive in their 5-0 league battering of Lamontville Golden Arrows on Sunday.

Sundowns‚ who beat SuperSport United in their opening game‚ drew 1-1 against Chippa United on Wednesday. 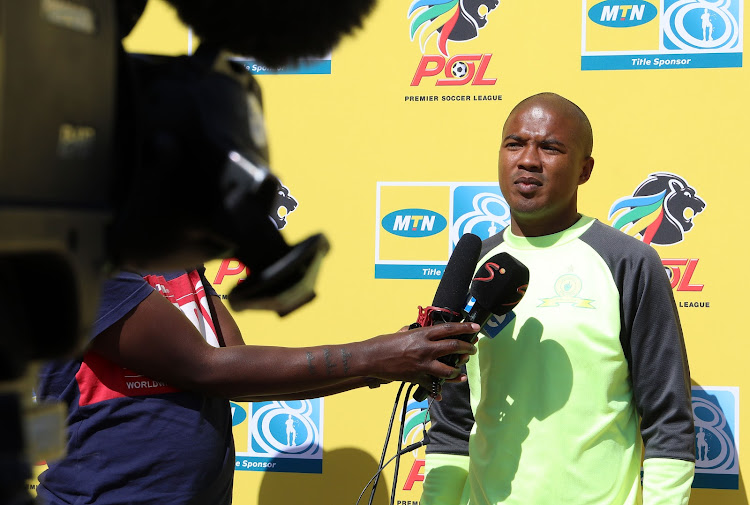 “I think you’re referring to the 5-0 loss‚ but it must also be remembered as to how many times we’ve beaten them in the time I’ve been here‚” Mosimane said. “There’s been a big win somewhere and we can go on.

“We should stay with the current game and the fact they’ve done well against us‚ but we’ve [also] beaten them. We respect the fact they gave us a hiding back then‚ but we also had 10 players on the field.

“We weren’t killed to pieces in that game‚ but we’ve also inflicted big defeats on other teams‚ but it’s not right for us to talk about those games. It’s like you bragging and it’s not right to do that.”

The MTN8 is the one trophy that’s eluded Mosimane in his time as Sundowns coach.

With the change of the Caf Champions League programme to fit in with the majority of domestic seasons‚ Mosimane said his team have a better chance of snaring the one piece of silverware that hasn’t quite come his way. 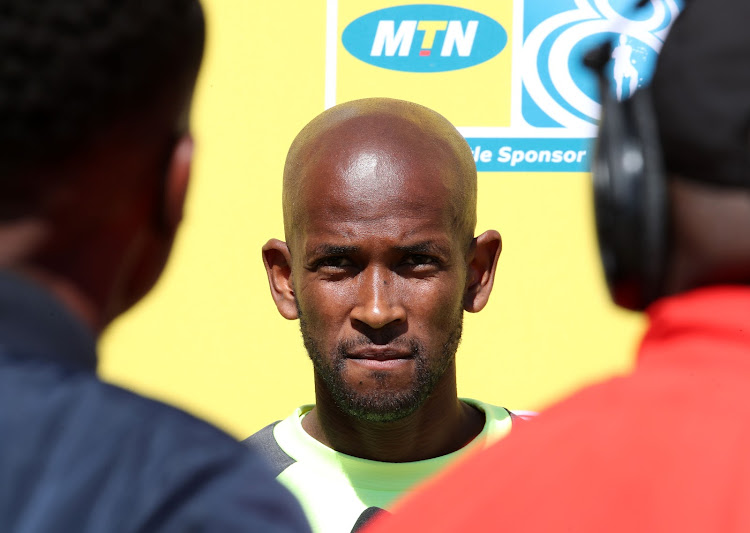 Sundowns haven’t won the MTN8 since 2007‚ while their last domestic cup competition win was the 2015-16 Telkom Knockout.

In that triumph‚ they beat Kaizer Chiefs 3-1 at the Moses Mabhida Stadium in Durban.

“We always want to win the MTN8 and it is still a pre-season cup. There’s no doubt about that because it falls within the pre-season window‚” Mosimane said.

“[But] It’s an in-season trophy‚ it starts when the league games have just started. We still want to win it‚ though‚ and the reason we haven’t won the tournament is because we’re [usually] in week two or week three of the pre-season programme because of Champions League commitments.

“When we’re resting for Champions League‚ the other teams are busy with their pre-season programmes. When we come back‚ they’re more ready than us.

“We haven’t got the same reason this season‚ but we’ve had a shorter pre-season programme and we also lost six players to the national team.”