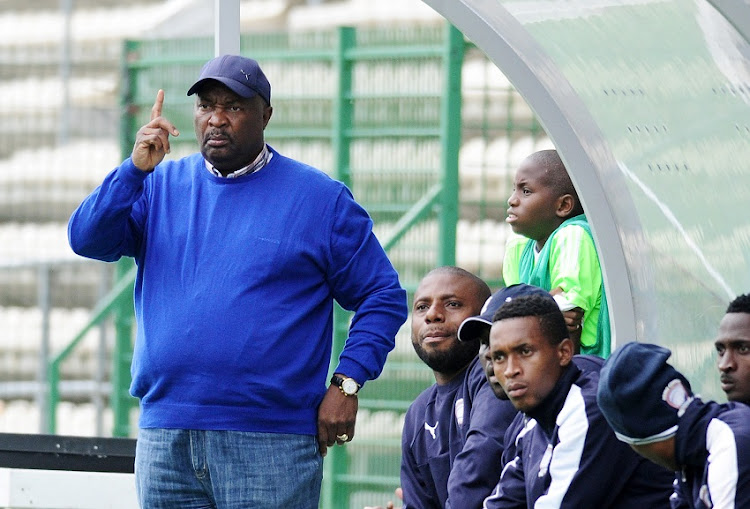 Sono praised the new sponsorship for the NFD‚ and renaming to the GladAfrica Championship‚ and a limited number of First Division games – 30 this season – now being televised.

Cosmos’s owner said while the new sponsorship does not increase a R500‚000 grant to First Division clubs – an amount that does not cover club bosses’ monthly overheads – the sponsorship‚ and televised games are a start.

This is a welcome development‚ but does not immediately help solve the problem of sustainability for NFD clubs‚ who can have a high turnover of selling of franchises due to expensive running costs.

“It is a concern. But if my memory serves me well‚ the PSL chairman [Irvin Khoza] said that all the teams‚ including from fourth position all the way down‚ will get money at the end of the season‚” Sono said.

Sono was pressed on how this can help solve high monthly costs.

“What can we do? It’s a choice we take to stay in there. Because we love the sport‚ we stay” he responded.

“We don’t want to push. I mean‚ it took us 20 years to get something. For 20 years‚ after Mvela [Mvelaphanda’s NFD sponsorship in the mid-2000s] was gone‚ there was no sponsorship for the NFD.

Jomo Sono believes his one-time national team-playing prodigy Benni McCarthy is ready to coach Bafana Bafana‚ but has to be “surrounded by the right ...
Sport
2 years ago

“So if we get a little‚ let’s say‚ ‘Thank you’. And little by little we will get to them with the grant.

“I think they’ve done well. They’ve thought about us. Because we were badly hurt when all the TV coverage was given to the MDC.

“If you’re spending money from your own pocket you would have thought that at least the league should have given us a little television so that we can survive.

“He knew‚ the chairman – I spoke to him one on one.

“I said‚ ‘Look after a special member before you look after the third-born child’.

“And he understood because he’s a man with a vision.

“I said‚ ‘It’s not right that if you have got two children‚ you treat them the same. Especially if this one just came now‚ and was born yesterday. And now you don’t look after the first-born’.

“So now the first-born has got something. And now it’s up to us‚ the teams‚ to go out and get sponsorship.”

Sono reinforced that the GladAfrica sponsorship is “a start”.

“I think it’s a step in the right direction. Because we were playing for nothing. At least now‚ we are playing for something‚” he said.

“Now the corporate world can also come and sponsor us on our shirts‚ because there are televised games. And I can assure you the standard will double now.

“Let’s compliment GladAfrica. There was no prizemoney. And it’s difficult to motivate your players. This is a start.”