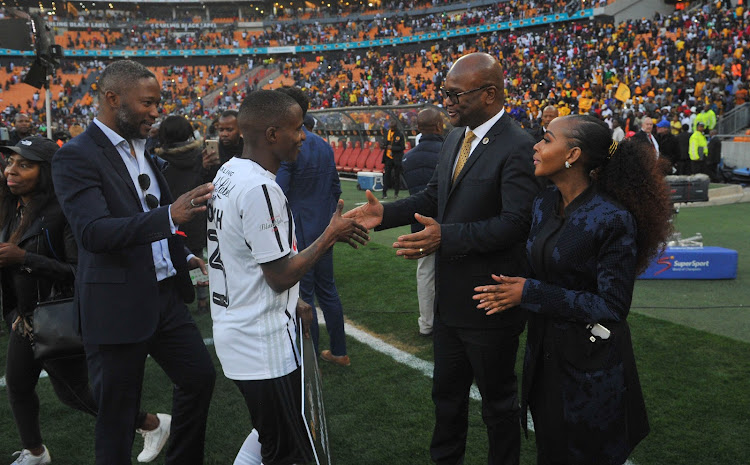 The standoff over broadcast rights to Absa Premiership matches will be high on the agenda when government holds crunch talks with the Premier Soccer League (PSL)‚ MultiChoice and the SABC to discuss the long-running saga that has left millions in the dark.

The talks are set to held in 48 hours and communications minister Stella Ndabeni-Abrahams‚ her sports counterpart Nathi Mthethwa‚ PSL chairman Irvin Khoza and MultiChoice executive chairman Imtiaz Patel will meet with the SABC in a bid to find common ground with the cash-strapped public broadcaster.

This comes after Mthethwa met Khoza‚ Patel and MultiChoice chief executive Calvo Mawela on Tuesday where they explored ways of finding a lasting solution to the impasse that has led to a PSL blacked out on the public broadcaster.

The SABC's TV blackout of premier soccer coverage has spread to radio, leaving millions of soccer-loving South Africans in the lurch after the ...
News
2 years ago

“What is a crucial outcome is that both the PSL and MultiChoice honoured the appointment and that is an indication of their appreciating the gravity of this matter‚” said Mthethwa.

“I am happy that both parties understand that despite the contrasting interests they represent‚ which are valid on individual accounts‚ what can no longer be treated lightly is the heavy toll this impasse has taken on South Africans.

"That both Dr Khoza and Patel and Mawela met with me is testament that they understand that a solution must be found.

"After this interaction‚ we are confident that a resolution to this impasse is imminent as of Thursday.”

The embattled SABC's financial woes have now extended to the English Premier League (EPL) after it emerged that the public broadcaster has failed to ...
Sport
2 years ago

Absa Premiership matches have not been televised on SABC since the start of the season after the cash-strapped public broadcaster declined a R280m deal for 144 games a year with SuperSport‚ who hold the rights to screen matches.

The SABC claimed the deal was not financially viable.

The SABC said it would make revenue of just R47m a year if they accepted the deal. And in what appears to be a retaliatory move against the PSL‚ the SABC decided to extend the blackout soccer coverage on radio.

"Having heard both the PSL and MultiChoice on Tuesday‚ Minister Mthethwa is pleased to announce that in the next 48 hours‚ all affected parties will once again meet and what will culminate from that discussion will be an announcement that will constitute a breakthrough in the current impasse‚” said a statement from the ministry.