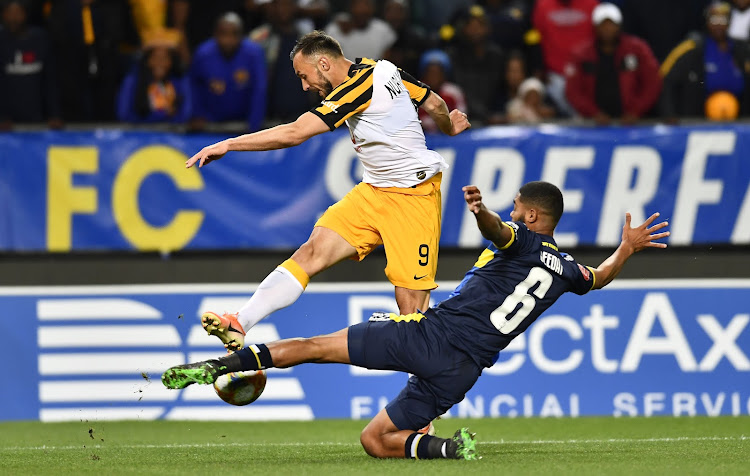 Samir Nurković was voted man of the match after a sterling performance for Kaizer Chiefs.
Image: Ashley Vlotman/Gallo Images

Cape Town City scored early but Kaizer Chiefs made a strong statement about their potential this season as they came storming back to win 2-1 and keep up their unbeaten run in this season’s Absa Premiership at Newlands on Tuesday night.

Kermit Erasmus stunned them early as the home side dominated the first half but Chiefs turned it around after the break and got stronger as the game went on to move to 10 points from their opening four games – sitting pretty at the top of the table.

The last three times they have reached double figures after their first four games, Chiefs went on to win the title in 2005, 2013 and 2015.

City coach Benni McCarthy could not have asked for a better start as Erasmus got the opener with a scuffed shot as he had time to turn in the penalty area and hit the ball in between Daniel Akpeyi and his right hand post.

Mulomowandau Mathoho backed off to give Erasmus space and Akpeyi did not cover his near post as Chiefs were slow to focus in the encounter. 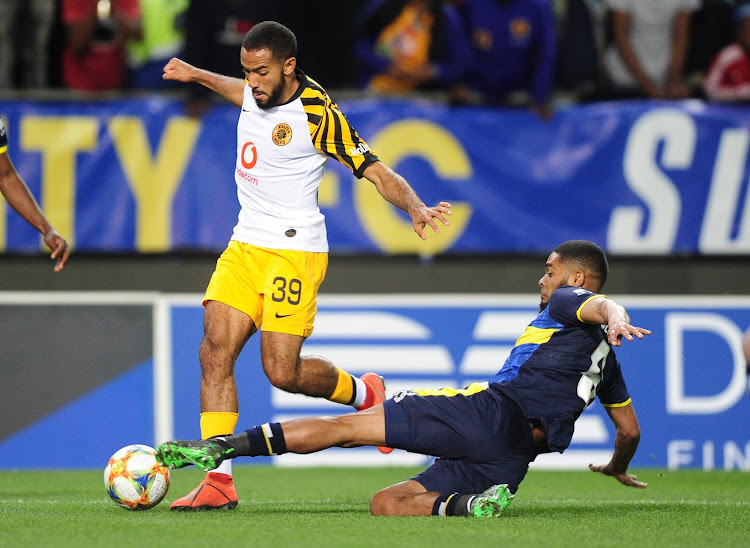 Five minutes later it might have been 2-0 when Siphelele Mthembu had the ball in the net after a slick passing move but was ruled offside. TV replays seems to indicate this was not the case.

Chiefs lost a lot of the second balls in the midfield but did also have early chances, notably in the 13th minute when Reeve Frosler chipped a ball in over the head of Samir Nurkovic but onto the head of Lazarous Kambole, who put his header wide from close range.

City captain Thamsanqa Mkhize provided Erasmus with a superb cross after 24 minutes, which was met with a powerful header that Akpeyi got a hand to and Mathoho cleared off the line.

Chiefs, who took Kambole off at half-time, thought they had an equaliser early in the second half as the ball struck City’s woodwork twice before Khama Billiat struck home from close range but it was ruled offside.

In the 68th minute Billiat also nicked the outside of the post with a curling shot after being set up by substitute Dumisani Zuma. 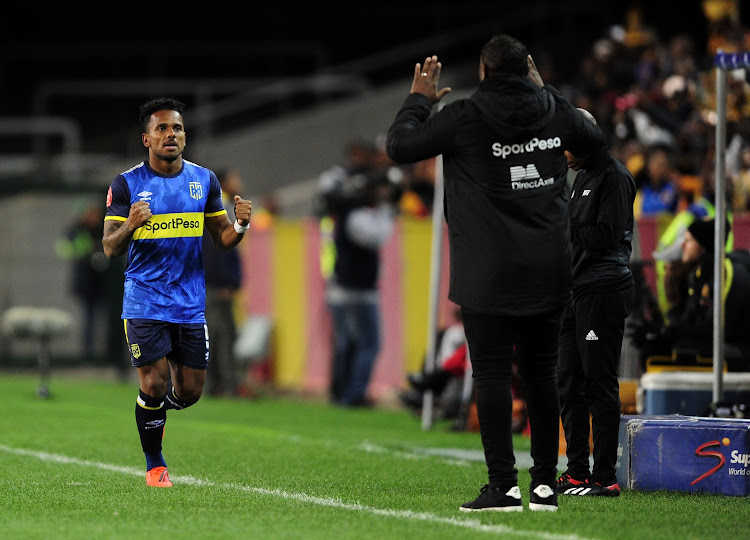 Kermit Erasmus put Cape Town City ahead as early as the fourth minute and could have scored a first half hattrick.
Image: Ryan Wilkisky/BackpagePix

Chiefs were dominating when they won a free kick on the edge of the City box with 15 minutes to go.

Edmilson Dove brought down Kearyn Baccus right on the fringe, flirting with giving away a penalty. But a freekick was awarded which Lebogang Manyama delivered right onto the head of Cardoso to equalise.

Baccus got his reward five minutes later, turning the game on its head as he ghosted in to finish off as City failed to clear their lines.

Nurkovic, who was voted man of the match, might have made it 3-1 just minutes later with a strong run from his own half but was wide with his final effort.