Ntseki tasked with qualifying for Afcon 2021 and Qatar World Cup 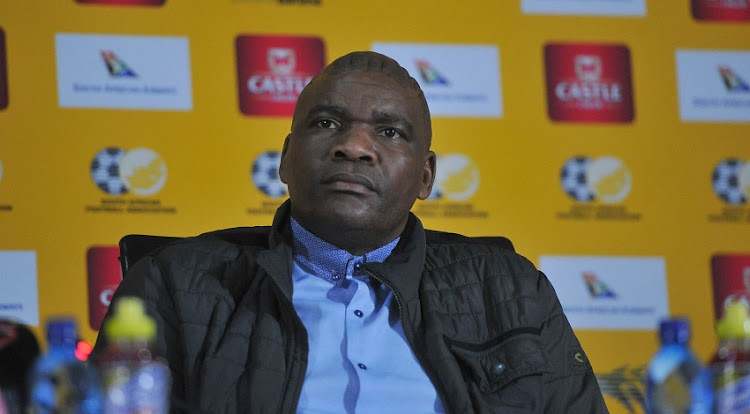 Molefi Ntseki assistant coach of South Africa during the SAFA Press Conference on the 02 May2019 at SAFA House.
Image: Sydney Mahlangu/ BackpagePix

Paul‚ speaking after Ntseki had just been confirmed in a Safa NEC meeting at Safa House on Saturday as full-time Bafana coach‚ said if there is to be a mandate‚ it will be agreed between the coach and association at a later stage.

Paul did say that qualifying for the 2021 Africa Cup of Nations (Afcon) in Cameroon and the 2022 World Cup in Qatar basically went without saying as targets for the new head coach.

“Those are the three major‚ major issues for SA football. Coupled with that is we need to have greater success in the Cosafa Cup. Those are the things that have been factored in to a discussion with him [Ntseki] on how we will reach an agreement on the targets for him.”

Ntseki (50)‚ the assistant to Stuart Baxter‚ who resigned on August 2‚ had already been named caretaker Bafana coach for Saturday’s friendly against Zambia in Lusaka.

He now takes charge of that match as full-time head coach.

His head coaching experience includes as the national Under-17 boss‚ who he steered to runners-up at the 2015 Africa U-17 Championship and a group stage exit at the Fifa U-17 World Cup that year.

He started as head coach of Motsepe League team Welkom Eagles in 1998‚ and steered them to promotion to the National First Division in 2000.

He was co-founder of the Harmony Academy in the Free State which produced current SuperSport United starlets Teboho Mokoena and Sipho Mbule.

As assistant coach at Bloemfontein Celtic‚ Ntseki was again influential in discovering and promoting young players such as Thapelo Morena and Eric Mathoho.

He was assistant-coach to Serame Letsoaka’s Amajita who reached the last-16 of the Fifa World Cup in Egypt in 2009‚ many of whom – such as captain Thulani Hlatshwayo and midfielder Kamohelo Mokotjo – now star for Bafana.