Notoane urges his under-23 charges to avoid complacency against Zimbabwe 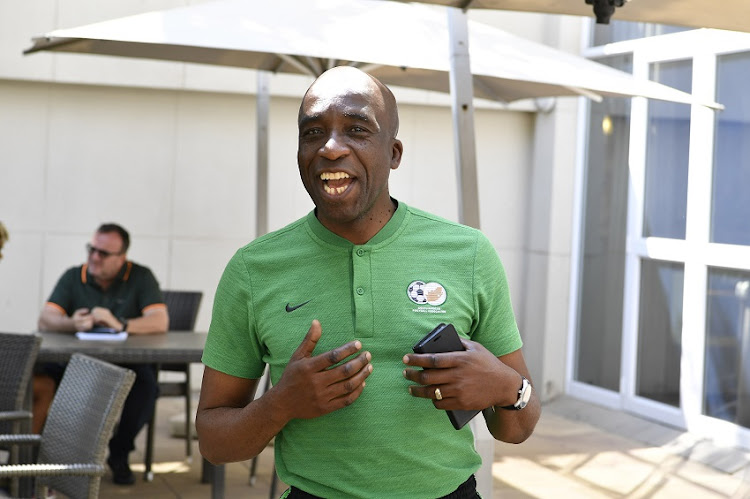 SA under-23 coach David Notoane has urged his charges to avoid complacency when they face Zimbabwe in the return leg of a third round Afcon qualifier in Bulawayo on Tuesday.

The South Africans trashed their Zimbabwe counterparts 5-0 at Orlando Stadium on Friday night and moved a step closer to booking their place in the eight-nation Afcon tournament that is to produce Africa's three representatives at next year's Olympic Games in Tokyo.

“Look‚ when you score five goals at home you are happy to take such a comfortable lead into the second leg‚” said Notoane.

“It’s only a comfortable lead.

"There are many stories in football that are documented about teams that have taken margins of leads like ours and in the second leg miracles happen.

“That’s what we must guard against… dropping our guard and refocus.

"Of course this gives us an opportunity to see other members of the squad that haven’t had any opportunity.

“There’s also an opportunity to collect more data and information on the young players that we have.”

The under-23 Afcon tournament will be held in Egypt between November 8 and 22.

The South Africans were clinical in front of goal at Orlando and a brace from Luther Singh and other strikes from Kabomelo Kodisang‚ Teboho Mokoena and Lyle Foster sealed the first leg victory.

Notoane said the bigger picture for him and his players is to build a strong team that will eventually graduate to Bafana level in the future.

“Our objectives have always been clear‚" he said.

"We want to qualify for Afcon to go Tokyo.

"But for me‚ more importantly‚ and I told the team‚ that it is delivering these young talented players to Bafana.

“The biggest issue here‚ which we addressed‚ is that they have to show tactical maturity early because 2022 is really upon us.

"It’s upon us and we have to show that these players are maturing faster and quicker to be able to be blended into the senior team.”

Notoane was happy to see part of his long-term plans coming together in the match against Zimbabwe on Friday‚ where higher pressing of the opponents produced the goods.

“I think from a psychological point of view‚ I’m happy with the reaction of the team‚” he said.

“It’s always difficult when you have a comfortable lead in a match to manage the tactics of the day and to keep the team in rhythm and make sure that we put up a highly professional performance.

“I think yes we might have dropped our standards by 20‚ 30 percent in the second half‚ but we were able to maintain the same focus and I’m happy about that.”