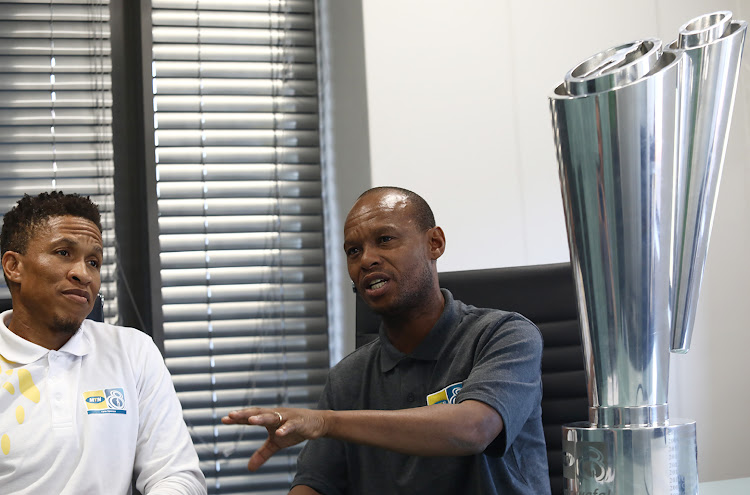 Mahlangu‚ the 2000s Amakhosi star whose storied career also took him to Austria and Sweden‚ said he believes Ntseki‚ as a South African‚ can understand the psychology of the country’s players.

Mahlangu acknowledged Ntseki – appointed on September 4 having served as Stuart Baxter’s assistant – has a low profile‚ and not as much top-flight head coaching experience as one might expect from a Bafana head coach.

“You can only know him by giving him a chance‚” Mahlangu said.

The ex-Chiefs star questioned why the SA Football Association (Safa) gave the job to Baxter in the first place‚ who he suggested struggled to form a bond with South African players.

“My view is that it goes to the [Safa] management‚" he said.

"If you do an interview with different coaches‚ you know our culture‚ you know our DNA. So why do you hire a coach who’s philosophy will clash with what we have?

“Overseas coaches‚ when they come here‚ they have got their philosophies. They [Safa] will tell them this is South Africa – this is how we play.

“And then that coach will bring their experience also. We need it. We can’t compete at that level without that European flavour or experience.

“But also if you see that your German or Swedish philosophy is not working‚ why can’t the coach compromise and try to accommodate what he has.

“When Muhsin [Ertugral] came to the country‚ to Chiefs‚ I mean I was crazy. I used to do my things.

“And the first time he saw me he was like‚ ‘This boy runs like a headless chicken’. He used to say that to me.

“Then he saw me in one league game‚ and my dribbling was constructive‚ then he said‚ ‘I’m not even going to coach you – continue with what you’re doing’.”

Mahlangu believes Ntseki – the former SA Under-17 head coach‚ Bloemfontein Celtic assistant‚ and founder of the Harmony Academy in the Free State – will understand the psychology of South African players better than Baxter.

“I know coach Ntseki – he’s been around.

"He coached a lot of the young boys – the Sipho Mbules – from junior levels.

"A lot of players doing well in the PSL know him‚ and he knows them.

“We have to support him all the way with his technical team – Arthur Zwane and coach Trott Moloto‚ Ntseki’s technical adviser.

"He has good people around him. So I support him and he’s got good qualifications to be in that hotseat.

“And all South Africans‚ let’s rally around him‚ and let’s not judge him before he has had a chance.”

Ntseki’s first match‚ the friendly against Zambia in Lusaka this past Saturday was called off‚ and Madagascar then stepped in but also withdrew‚ in response to xenophobic violence in SA.