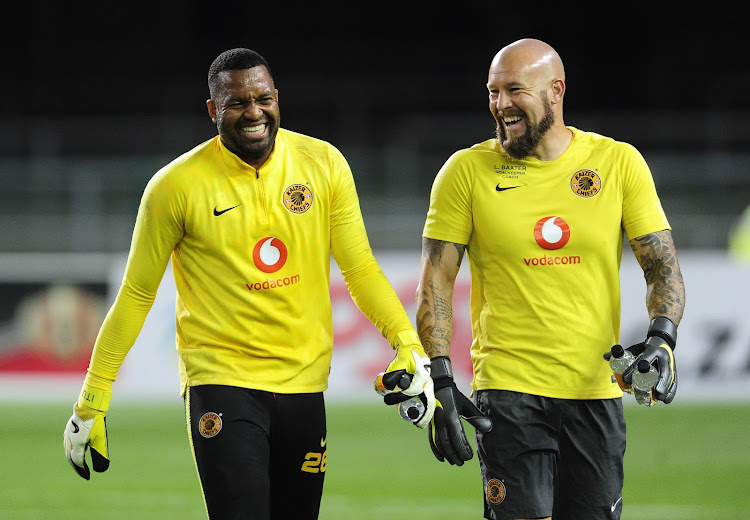 Kaizer Chiefs fans will have to wait a little longer for the return to first-team action of goalkeeper Itumeleng Khune.

Coach Ernst Middendorp‚ who was on Thursday named the Absa Premiership coach for the month‚ said the former Bafana Bafana number one is not yet 100 percent fit to be recalled to action.

SA took plenty L's during the international window when no African country wanted to play a friendly against Bafana Bafana because of the xenophobic ...
Sport
1 year ago

Middendorp‚ who has guided Chiefs to three wins‚ one draw and ten points after their opening four matches‚ said Khune is training with the rest of his team-mates but there is an unspecified handicap that is delaying his return.

“He is fully at it at training but here and there is a handicap and it is where you have to maintain and look into bringing 100 percent level‚” said Middendorp.

“You must see what is missing‚ you are injury-free yes but I have to understand if you are really 100 percent ready for a competitive game that is coming on.

"At the moment‚ there is a clear understanding of the assessment that we are going into.”

Goalkeeper coach Lee Baxter takes @KaizerChiefs goalkeepers @IIKHUNE_32_16, Daniel Akpeyi and Bruce Bvuma through their paces at Naturena Village this morning as the team prepared for the visit of Polokwane City on Saturday at FNB Stadium. Kickoff is at 6pm. pic.twitter.com/trGSUVU8Cl

Since the start of the season Middendorp has rotated Daniel Akpeyi and Bruce Bvuma between the poles and the coach maintained that he is not desperate for Khune’s return.

“He is influential within the team and he plays a massive role as a part of the leadership group‚ but I am not desperate to have him back‚" he said.

"We have fit players who have taken over and at the moment we are not on a 100 percent level with him.

"We communicate with him every day and every time and we will find the right moment to bring him back.

"Somebody has to recover fully after being injured for about five or six months - the injury happened in December 2018.”

The @KaizerChiefs players prepare for their training session here at Naturena.

They host Polokwane City in an #AbsaPrem match at FNB Stadium. Kickoff is 6pm. pic.twitter.com/pUd9MAhaYo

During the transfer window arch-rivals Mamelodi Sundowns were heavily linked with a move for Zimbabwean international midfielder Khama Billiat but Middendorp said the intense speculation did not distract them.

Middendorp led Chiefs to victories over Highlands Park‚ Black Leopards and Cape Town City while the other match against Gauteng rivals SuperSport United ended in a draw last month.

Bradley Grobler of SuperSport United was named the player of the month to reward him for scoring four goals against Orlando Pirates (twice)‚ Kaizer Chiefs and Baroka to help his team to fourth place on the standings with seven points.