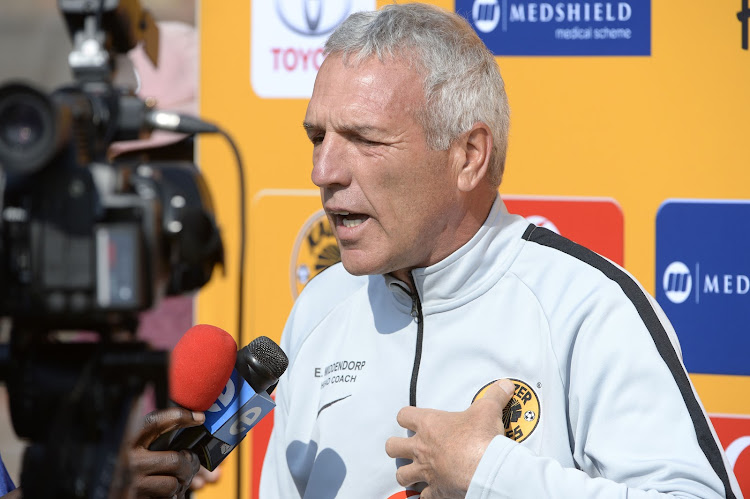 Billiat, who has only played two matches in the Absa Premiership since he returned from the Africa Cup of Nations, featured for the Warriors in their World Cup preliminary round qualifier against Somalia on Tuesday despite Chiefs having earlier said he was injured.

“Unfortunately, when the coach made those statements I was not there but I think he understands the rules,” Motaung said.

“I don’t know why he raised that issue because rules are rules and even if the player is injured he’s got to report to national team camp. Doctors in national team camp have to make their own assessments based on our reports and they make a call.

“National call-ups are national call-ups and there is no debate about them. The club has no right to refuse players from going to camp with their national team and I think it's uncalled for from the coach to have made that statement and we will deal with the matter internally with the coach.”

Motaung went on to say that Middendorp was not in trouble with the club for his comments.

“He is not in trouble. You know that coaches are very emotional people and they have their own pressures.

“I think he is trying to look after the player and make sure that he manages injuries. At the end of the day, national duty is national duty but he is not in trouble. [But] It was uncalled for to make a statement like that.”

Motaung also said that Chiefs would do everything to support Middendorp with whatever he needed in terms of beefing up his technical team and playing personnel.

“We will support the coach as much as possible because it is our responsibility and part of our job.

“There is no club that would like a team that is weak – we always support the coach and at the moment things are going well for the technical staff and we want to keep it that way. There is something that they have done right and they must stick to that.

“We are in a process, football is a journey. Beefing up the squad is always a challenge and upgrading and beefing up the technical staff is normal in any club.

Kaizer Chiefs coach Ernst Middendorp has warned his charges about the tough challenge of maintaining their position at the top of the log standings ...
Sport
2 years ago

Kaizer Chiefs fans will have to wait a little longer for the return to first-team action of goalkeeper Itumeleng Khune.
Sport
2 years ago

Kaizer Chiefs’ football manager Bobby Motaung has said that stinging criticism that is often leveled at him does not mean fans don’t love him.
Sport
2 years ago